Director Andreas Horvath on his Karlovy Vary doc ‘Zoo Lock Down’: “The animals are like actors on a stage” 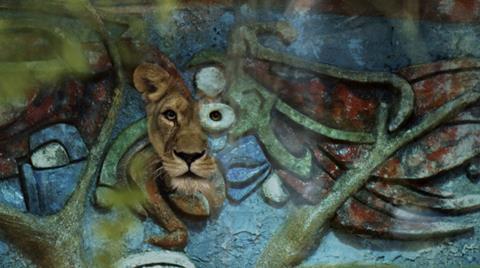 Austrian photographer and filmmaker Andreas Horvath is best known for his 2019 fiction feature Lilian which premiered in Cannes’ Directors’ Fortnight.

He is also a stalwart presence at Karlovy Vary International Film Festival (KVIFF) where he has screened many of his films including the 2006 short documentary Views Of A Retired Night Porter, which won best documentary film under 30 Minutes at KVIFF, and the 2015 documentary Helmut Berger, Actor.

Horvath returns to the festival this year for the world premiere of his documentary Zoo Lock Down which is screening in the festival’s Proxima competition.

The film takes a unique look at the Covid-19 pandemic as the director travels to Salzburg Zoo to find out how the animals have been dealing with the ‘new normal’. There he discovers a world full of stories from inhabitants who – used to being observed – now have very few people to look at them.

Horvath produced the film and is handling international sales.

What inspired the idea to make a film about the inhabitants of a zoo during lockdown? 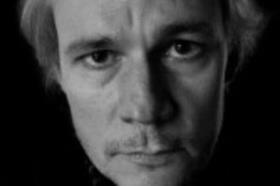 Years ago I heard about the zoo in Buenos Aires. After 140 years of existence it had to close. The zoo was owned by the city and for a long time the question of what to do with the animals apparently was just not solved. Many animals were left in limbo in a closed zoo. I saw photos and wanted to document the absurdity of this situation on film, but I was involved in another project at that time and could not pursue this further. When the first lockdown came in 2020, I knew, now was the time to pick up the idea of animals at a closed zoo again.

Ostensibly the film is an observational documentary. But there’s a narrative that builds up. When you approach the material do you have certain ideas in your head already, or do things start to build through the process of filming and editing?

Yes, it started as an observational documentary. I always try to approach this with an innocent and open mind and really just collect material at first. Preconceived ideas and expectations can be detrimental at this stage. It is mostly during the process of editing that different layers suggest themselves and begin to inhabit and enrich the original material. That’s when the film veers off the pure documentary genre. It is the most interesting production phase for me.

The zoo is a curious microcosm. There is so much more going on than just keeping it open to visitors: research, studies…but also manipulating nature: artificial insemination for example. For many species, like the rhinos, the zoo has also become a safe haven where at least they are not threatened by poachers or trophy hunters. The zoo can be a refuge for endangered species or an elderly home for old animals that probably would long have died in the wilderness. When you get a sense of the artificiality and the scientific effort behind the scenes in a zoo you are easily reminded of a science fiction film. 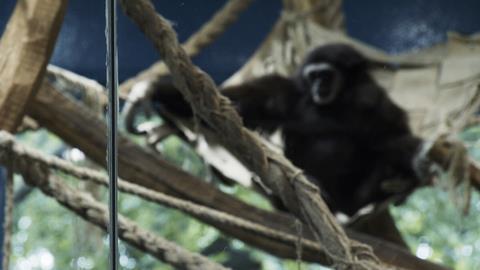 Can you tell us a little about the sound design and music?

The music and sound design underscore the ambivalence of what I talked about. There is a constant sense of foreboding in the air. In a zoo the animals are like actors on a stage for us to watch. The absence of the visitors, of the excitement, of the screams of children, establishes an almost Brechtian alienation effect: When animals look directly into the camera, they are addressing us, the viewers in the cinema.

The Salzburg Zoo is a very romantic site and provides many animals with a luxurious home. Some of the compounds are so large that visitors complain they cannot even see the animals. But there is no denying that the animals are leading a life in captivity.

There’s also a light humour that runs throughout. A man washing the piranha tank for example flirts with the absurd.

I asked the zookeeper if it wasn’t dangerous to swim with the piranhas. He claimed to be not afraid, adding maybe you should not wear anything red as this might arouse them. When we finally filmed the scene he was wearing red bathing trunks.

Do you have any idea for what your next film project may be?

No, but last year I composed the music for Patrycja Planik’s (the lead actress of my film Lillian) first feature film Faggots. It won the Audacity Award at the Oldenburg Film Festival and many other prizes since. It was the first time I composed music for someone else’s film and a very gratifying experience for me. I thought I might explore this further in the future.