Duncan Jones on Netflix thriller 'Mute': "I was unwilling to let it go" 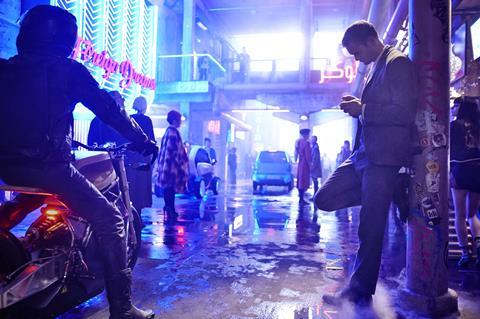 Duncan Jones has been working on Mute for 16 years, a labour of love that began before the UK-born writer-director made his feature debut with 2009 BAFTA-winner Moon and continued through his work on independent sci-fi thriller Source Code and game-based studio hit Warcraft: The Beginning.

Written with Michael Robert Johnson and financed by Netflix, Mute was shot in the autumn of 2016. The sci-fi drama follows Amish bartender Leo (played by Alexander Skarsgård), unable to speak since childhood, whose search for a missing lover (Seyneb Saleh) leads him through the underbelly of a near-future Berlin and entangles him with two irreverent US army surgeons (Paul Rudd and Justin Theroux).

What was it about this story that made you stick with the project for so long?

It had a couple of ideas that were close to my heart, but the underlying subtext of the film is about parenting: what makes a good parent and how do you best fulfill your obligations as a parent, and that goes for a number of characters in the film.

When Dad [David Bowie] died and the woman who raised me [Jones’ childhood nanny Marion Skene, to whom, together with Bowie, the film is dedicated] died and I started having kids of my own I started to see that in all of these different characters there are different aspects of parenthood. And that’s probably why I’ve found myself so unwilling to let the thing go.

How much did the project change over all that time?

In heart and tone it probably stayed the same, on some cosmetic levels it changed. When I originally wrote it British gangster movies were all the rage and it was going to be London-based and a very small budget movie. Over 16 years of evolution I realised that the central conceit of a protagonist who couldn’t talk actually lent itself to a sci-fi setting even more than a contemporary one.

Why did you set it in near-future Berlin?

I’ve had a pretty unique relationship with Berlin in that I’ve been there to see it change almost every decade since the nineteen seventies. It made an impact on me as a kid because when the wall was still up there really was a sense of it being an island separated from the rest of the western world. Through seeing how fast and how dynamically the city changed over the decades I realised it lent itself to a sci-fi setting where things are familiar but at the same time feel very different. 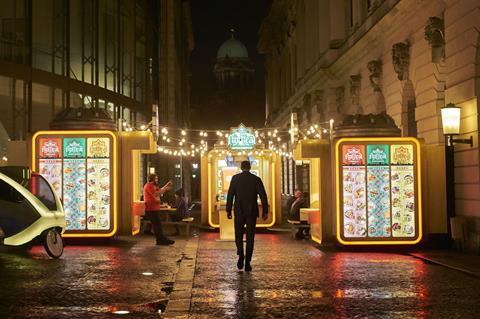 How did you approach the casting?

Leo had to be a physical presence because his whole body is what communicates to the people he has interactions with. Alexander is a big guy but he’s also a fantastic actor and I’d seen him in [HBO miniseries] Generation Kill and thought he was tremendous.

As far as the other two big [roles], it was all about chemistry. It was a very clear homage to Trapper John and Hawkeye Pierce from MASH [Robert Altman’s classic seventies comedy about Korean War medics] and I wanted to cast guys who were that smart and that funny. Paul and Justin are really smart, really funny. They’re both writers and they got the reference and were willing to go with that.

How did the project end up with Netflix?

It was practical really. The studios don’t make these kinds of films [anymore], they’re focused on making big budget, opening weekend movies that must be as effective as possible with all four quadrants. This new wave of being able to get films made that are different types of movies and different genres is because of places like Netflix and Amazon and Apple.

How was it working with a streaming service rather than a conventional studio?

It was fantastic. I pretty much demanded final cut and they were good to their word, they allowed me to make the film I wanted to make. What’s great about Netflix is they’re able to see that there will be an audience for all of these different films and that if they can just get the right combination and put it out there the audience will find the movie.

The con side is it’s not going to have a big theatrical [release], which is a shame because I’d love people to be able to see it together on a big screen. It’s a necessary compromise. This was the only way that this film was going to get made. I’m just very grateful that we got the chance to make it.