From military veterans retraining as location managers and grips to a plethora of courses transforming film producers into TV executives, Screen explores the innovative ways the training world is adapting to the new realities of the international industry. 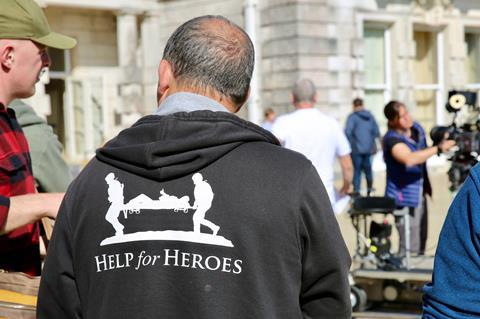 ScreenSkills’ Film Skills Fund is running a programme for military veterans to train as grips.

The international boom in film and TV content and the resulting urgent need for competent below- and above-the-line talent means approaches to training are becoming more adventurous. Rather than relying on traditional educational and apprenticeship schemes and recruitment practices, some European training providers are thinking laterally to try and fill skills gaps quicker.

In the UK, the National Film and Television School has stepped up to address industry skills shortages with courses training up production accountants, assistant directors, floor managers, model makers and location managers. Also in the UK, ScreenSkills is aiming to give ex-Armed Forces personnel the chance to retrain as location managers via its high-end TV skills fund.

“This came out of one of our working groups,” says Kaye Elliott, director of high-end TV at ScreenSkills. “They felt there was a shortage of location managers and [asked] how to lure more people into that profession. In addition, [they asked] is there a skills set somewhere that could be utilised and could fulfil that location manager role?”

Elliott had heard about US production companies harnessing the expertise of military veterans and wondered if UK companies could do likewise. The attraction here is that former soldiers will already have many of the skills needed to be location managers. It takes many years to train a location manager but, as Elliott suggests, the Armed Forces veterans will likely have a strong grounding in teamwork and organisation, and will know instinctively how to choose safe, accessible and suitable locations. In short, they will be able to learn the job much quicker than newcomers.

Elliott says there is strong interest in the scheme, which was launched at an open evening at Pinewood Studios in late March. The actual training will take the form of a three-day ‘bootcamp’ for 12 to 15 people, with six of them offered six-week paid placements on productions.

Boots on the ground

“Location manager is an area that comes up all the time,” Elliott says of the acknowledged skills gaps in the UK industry. “A lot of the support and funding we provide, we mostly drive it into programmes that are attached to placements because we feel that is the most effective way for people to really live and breathe the job.” 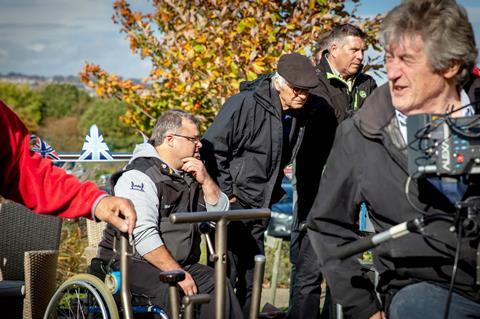 Armed Forces veterans being introduced to a film shoot.

ScreenSkills is also working on a similar scheme that aims to train ex-Armed Forces members as grips, the people on-set who are responsible for setting up and manoeuvring camera support equipment. Both of the initiatives are aimed at ex-military personnel who are within two years of leaving the services. If the schemes work as envisaged, they could become a reliable way of fast-tracking new recruits into the industry.

The ACE Producers’ Series Workshop, which will be held for the first time in Brussels in November, is another example of a new initiative set up in response both to demand and changing market conditions. It is the first time in 25 years ACE has offered a TV-related training programme.

“The world has changed,” says Jacobine van der Vloed, director of ACE Producers. “ACE members, around 10 years ago, were solely producing fiction features and some were doing documentaries but TV… hardly.”

She quickly realised “80 to 90%” of ACE Network members were interested in producing high-end TV drama and that they wanted to learn how to do it.

When the new Series Workshop was announced just before Berlinale in February, the response was immediate. “In Berlin, we were almost attacked by people,” says Van der Vloed. “The great thing is that we’re talking about producers who have been producing for 25 years, who have won big awards at festivals all over the world.”

One prominent producer who says he will apply is Frans van Gestel, founder of Amsterdam-based Topkapi Films, who has produced more than 70 feature films as well as several TV dramas.

“In smaller countries like the Netherlands, the tradition of storytelling comes from film,” says Van Gestel. “There is a bigger difference in storytelling in TV over film than we ever thought.”

The course will address the challenges of switching between the mediums, such as becoming accustomed to US TV concepts like writers’ rooms and showrunners and story development in TV drama. It will also look at how to finance TV series internationally and hold on to the relevant rights, as well as market series and deal with the logistical challenges of integrating a new TV drama arm into a film company.

An obvious attraction of the Series Workshop, which is being staged in collaboration with VAF (Flanders Audiovisual Fund) and supported by Flow Postproduction, Casa Kafka Pictures and Creative Europe MEDIA Desk Flanders, is the networking opportunity it provides. The 16 producers chosen will all be established figures with series in development that are ready for co-production. The participants will potentially be able to help one another.

Antwerp-based Flow Postproduction will provide workshop attendees with a post-production case study of a TV series. “In a lot of cases, where you see it going wrong is in post,” says Van der Vloed.

There is plenty of demand for workshops, labs and courses that teach new talent and established film professionals everything they need to know about working in TV series. The TorinoFilmLab is about to hold its annual TV SeriesLab, aimed at international scriptwriters, directors, producers and story editors who want to strengthen their techniques and skills to develop and produce a TV series project. This is held in Turin in mid-April.

In Germany, Serial Eyes is taught at the Deutsche Film- und Fernsehakademie Berlin (DFFB), with workshops at the London Film School and the National Film School of Denmark. Its aim is to teach young European writer/producers to work as a group and develop a European model of showrunning. The Erich Pommer Institute in Potsdam has its European TV Drama Lab aimed at screenwriters, producers and commissioning editors, while an Eastern European-based training and networking platform, offers a residential project-based programme for emerging TV professionals.

Such courses, though, remain thin on the ground. Training schemes do not always respond as promptly to market demands as might be expected. “There is not enough done around TV series producing,” says Van der Vloed of the training landscape in which film is still generally privileged at the expense of TV.

As more and more film, TV and web drama is made, unprecedented opportunities are opening up for actors. The UK and most of its European neighbours already have highly vaunted drama schools. However, most of these are focused on stage training and performance. London’s MetFilm School in Ealing is bucking the trend with the launch of a Screen Acting BA degree. The school specifically cited Netflix, Amazon and the burgeoning digital games industry when it launched the course.

As MetFilm director Jonny Persey explains, the school already runs other BA-level Practical Filmmaking courses and this was a logical next step. “The idea is the students will work together and they will be in and out of each others’ productions and courses. They will crew and cast for each other,” he says.

MetFilm School has been running shorter courses for Screen Acting since 2016 but these were not meeting the mounting demand.

“What we identified was that all of our acting students were asking us for more,” says Persey. Looking at the market, there are very few BA-level courses, and even fewer in London, that are specifically for acting on screen.”

One aim of the course is to ensure students understand the mechanics of screen acting: “What is going on on either side of the camera: the directing, the camera, the storytelling, the editing, and how they fit,” Persey explains.

It’s not just production transforming. Germany’s DFFB is spearheading Next Wave: a 10-month programme for sales agents, distributors, marketing professionals and festival programmers that will start in September. Funded partly by Creative Europe Media, the school is working with La Fémis, FAMU and the National Film School of Denmark to train participants already working in the industry to develop innovative models for 21st century sales and distribution, and nurture the audiences of the future.