India’s independent film-makers are turning to alternative distribution strategies to reach audiences in India and overseas. 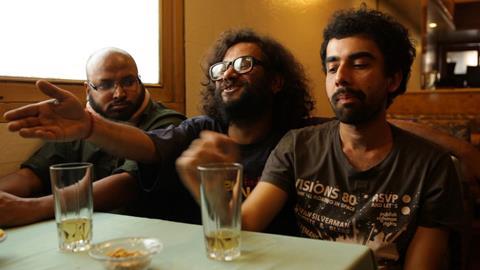 India’s theatrical market is notoriously tough for independent film-makers to access. Both multiplexes and single-screen cinemas focus on mainstream Bollywood, or in the south of India, regional-language films. Many indie films also run into problems with India’s Central Board of Film Certification. And even if they manage to secure screens and a favourable release date, the costs of marketing an indie film can easily outstrip the initial budget.

But over the past few years, India’s growing ranks of indie film-makers have proved they are as innovative and entrepreneurial as they are creative. While some are exploring crowdfunding and digital distribution — through both local and international platforms — others are taking their films directly to audiences.

Two developments have transformed the landscape for Indian indies over the past few years. The first is the emergence of TVoD (transactional video-on-demand) platforms such as Google Play, iTunes, Vimeo and India’s TVF InBox Office, which enable film-makers to sell their films directly to audiences. The second is the entry of the global SVoD (subscription video-on-demand) giants. Netflix, which launched in India in January, and Amazon Prime Video, launching later this year, are aggressively buying indie films and in some cases paying six-figure sums.

Bangalore-based film-maker Pawan Kumar, who recently sold his third film U-Turn to Netflix, was one of India’s first indie film-makers to use both crowdfunding and online distribution to build an audience for his films. He explains the two activities are connected — in addition to raising finance, crowdfunding helps to build a fanbase on social media who will later pay to see the film online and even in cinemas: “It gives me freedom because now I can target my digital audience; I don’t have to think about a theatrical audience,” Kumar says.

His second film, trippy sci-fi drama Lucia, had a three-week theatrical release before being delivered online to the people who had helped to fund it. Kumar even allowed people who had contributed a certain amount via crowdfunding to set up their own digital stores and sell the film themselves using tools from Distrify.

For supernatural thriller U-Turn, he decided that crowdfunding wouldn’t fly: “Crowdfunding only really works when the person pitching the project is an underdog — but I had become a hero after Lucia.” Instead he marshalled 65 of his more serious funders to jointly set up a company, Pawan Kumar Studios, to finance the $400,000 film.

“Working like this gives us the freedom to explore all kinds of distribution. We could delay the usual practice of selling all rights to a satellite broadcaster,” Kumar explains. After a lengthy theatrical release, he launched U-Turn across TVoD platforms and then sold it to both Zee Kannada and Netflix, marking the first time the digital and satellite rights of a South Indian film have been sold separately.

“Every film deserves to have its own unique marketing strategy but the big studios have systems in place that determine which cities they’ll visit and how many mall visits they’ll do,” says Masurkar, whose second film Newton has been selected for Film Bazaar Recommends. “They very rarely come up with anything innovative in their marketing.”

Sulemani Keeda has also been sold to Netflix. While the SVoD giants can’t acquire every indie film that comes along, they are providing film-makers with a much-needed additional avenue for international distribution. When Indian broadcasters acquire local films, they expect to take worldwide ancillary rights, but then rarely exploit the films outside of India. Kumar says he would have made more money if he’d sold U-Turn to a single TV network: “But Netflix has 70 million viewers worldwide and we wanted to reach that audience.”

On with the roadshow

Mumbai-based Sandeep Mohan has taken a more direct route to audiences with his second feature, quirky comedy Hola Venky!. While he eventually did a TVoD release, he first travelled with the film for 14 months — screening it in 90 alternative spaces (such as homes, offices, libraries, cafés and bars) in the US, India and Singapore.

India has a long tradition of travelling cinema — recently film-makers such as Bardroy Barretto and Sudevan Peringode have taken their films to towns and villages — but Mohan is the first film-maker to extend this concept to urban spaces. Dubbed the Great Indian Travelling Cinema, Mohan’s journey involved Q&As after every screening and allowed viewers to pay what they wanted to.

“I wanted to tap into that market of people working in IT or corporates who don’t go to film festivals but are sensible people who appreciate good content,” says Mohan, who is now in post-production on this third feature Shreelancer. “I’ve discovered there’s a huge audience out there that’s not being addressed and they’re extremely polarised in their perception of cinema. They think it’s either mainstream Bollywood or hardcore festival films.”

By getting close to his audience, Mohan has learnt more than studio marketing departments ever could about the mindset and preferences of his viewers. But being innovative can also be exhausting — not every film-maker is willing to sleep on sofas and wash in public restrooms as Mohan did while on the road. Digital distribution can also be hard work — complexities arise through windowing, holdbacks and certification, and the costs associated with encoding and subtitling. Sometimes it’s just easier to work with a distributor, marketing agency or digital aggregator.

Then there’s also that dilemma over giving up on the romance of a traditional theatrical release. Although it’s negotiable, the streaming giants are pushing to acquire worldwide rights to films they can then premiere on their platforms — the route taken by Q’s Brahman Naman when it was sold to Netflix earlier this year.

This means India’s indies are in a position where they can disrupt two traditional distribution routes — the Bollywood studio system of theatrical release followed by satellite broadcast; and the international system for independent films of sales agents selling all rights on a territory-by-territory basis. “Film-makers are realising they can sometimes make more money by selling world rights to an SVoD platform,” says Apoorva Bakshi, head of original productions & partnerships for digital aggregator Film Karavan.

Masurkar says he doesn’t have a problem premiering his films on a digital platform — but it depends on the title. His latest, Newton, tells the story of an election officer sent to a remote polling booth in the jungle: “It has the potential to connect with people that may not have access to the internet. But then if we’d released Sulemani Keeda 15 years ago, it probably wouldn’t have been seen.”

As indie film-makers move forward they will have to make these difficult choices — take the traditional route of festivals and sales agents or take the easy money and sell to an SVoD platform. It’s likely many film-makers will strive for a combination of theatrical screenings followed by a digital release.

“What I’ve learnt is that when I’ve explored the digital space you convert your audience for the next film as a theatre-going audience,” says Kumar. “It means you can reach higher on each film.”

Hola Venky! Screened through the Great Indian Travelling Cinema for 14 months in 90 alternative spaces in the US, India and Singapore, followed by a TVoD release on Vimeo and the now defunct Fliqvine. In negotiations for an SVoD deal. No festivals.