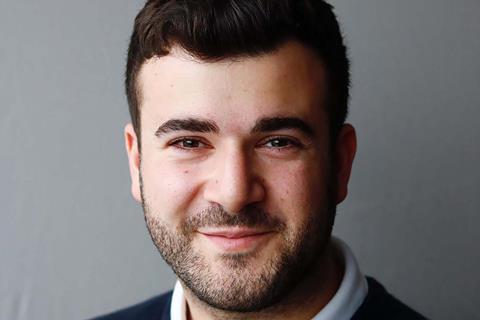 Former BBC Film head Joe Oppenheimer (who now works for Apple TV) not only gave Chesover his first film job — he also provided inspiration for his career. “Joe encouraged me to make the step into sales to develop a full understanding of the international business,” he says. “He continues to help me navigate the industry.”

Chesover has just taken up a new role at Cornerstone Films, having cut his sales teeth at Protagonist Pictures where he spent two years as international sales executive and his third year as international sales manager. Most recently at Protagonist, he worked on pre-sales for Mariano Cohn and Gaston Duprat’s Official Competition starring Penelope Cruz; and abortion drama Call Jane, directed by Carol writer Phyllis Nagy and starring Elizabeth Banks, Kate Mara and Sigourney Weaver.

At Cornerstone, Chesover says he is looking forward to getting back to physical markets and “regain the human connection”, while appreciating the option of flexible home working. “Hopefully that will have a beneficial effect on people’s mental health and accessibility to the industry.”