How EAVE has supported filmmakers for 30 years 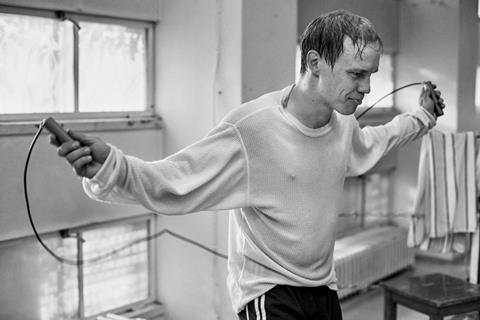 ‘The Happiest Day in the Life of Olli Maki’

“Showing the deepest respect and appreciation for people from the diverse cultures and countries makes EAVE what it is,” says Danny Krausz about the producers training, development and networking organisation that is celebrating its 30th anniversary this year.

Founded in 1988 by Raymond Ravar, then director of INSAS film school in Brussels, and the late Eckart Stein, head of the Das kleine Fernsehspiel unit at German public broadcaster ZDF, European Audiovisual Entrepreneurs (EAVE) has trained almost 2,400 film professionals around the world at workshops held in almost 90 different countries.

In the past 10 years, 385 projects have been developed at EAVE’s Producers Workshop, with more than 100 projects already produced and distributed, including films such as The Happiest Day In The Life Of Olli Maki, A Stork’s Journey, Suleiman Mountain and Layla M.

Krausz, who participated in the Producers Workshop programme in 1992 as an observer before Austria joined the European Union, explains that EAVE’s guiding principle has always been to focus on developing the personality of the producer during three eight-day intensive workshops spread over eight months.

The programme begins each March with a workshop in Luxembourg, followed by a second meeting in June (Serbia will host in 2019). These initial two weeks see the participants — some with projects, others without — working in groups on issues such as script analysis, development and production financing, legal aspects of co-production, marketing and pitching.

The third and final workshop, which for the 2019 edition will be held during DOK Leipzig film festival at the end of October, sees the 50 participants given the opportunity to get to know around 70 leading international decision-makers from film funding institutions, sales companies and broadcasters.

“The number of applications we get has remained stable at around 180 a year for the past decade, and they’re all of a very high standard,” says EAVE chief executive Kristina Trapp, who took up the position in 2009 having joined the organisation as programme manager in 2004. “Producers from many more territories are applying because the EAVE brand is more widely known thanks to our other initiatives such as Puentes with Latin America or Ties That Bind with Asia.”

This year’s intake of 50 producers and other industry professionals included participants from Colombia, Brazil, Chile, South Africa and Egypt, as well as from across the European Union and neighbouring countries such as Kosovo, Russia and Ukraine.

The only UK producer participating in this year’s edition was Ben Young of Newcastle-based Third Films, who used workshops at EAVE to advance development of Andrew McVicar’s planned BFI-backed thriller Whistleblower.

Participating in the EAVE programme can be a career-defining experience, according to graduates as well as participants in the workshop in Santiago de Compostela in northwest Spain at the end of October.

“It was like a school for me as it introduced me to the world of international co-production,” recalls German producer Peter Rommel, an EAVE 1994 graduate who later became a group leader for the workshops. “This is where I met producers like Angus Lamont, Pepe Danquart, who had just got his Oscar [for best short film in 1993 for Black Rider] and Ed Guiney, with whom I co-produced [Stephen Bradley’s] Sweety Barrett after EAVE.”

“The idea is to develop personal relationships that could continue for life,” suggests Russian producer Anastasia Lukovnikova of Russian-UK company Victoria Films, who stepped in at short notice for Maxim Dashkin to present the biopic Flight Of The Wasp about the inventor of the Vespa scooter, Corradino D’Ascanio, in Santiago de Compostela.

“You look for people who have the same interests and the same passion for cinema,” she says of the opportunities to build up a network for the future. Lukovnikova points out that tapping into an international network is all the more important now Russia no longer has production platforms such as Moscow Business Square.

“Working together in small groups is a safe place where you can just let everything out, the opportunities to bounce ideas off one another are so valuable,” adds Swiss producer Ivan Madeo of Contrast Film, who attended this year’s edition of EAVE with Promised Land, a new feature biopic of writer Isabelle Neulinger by Swiss-Canadian director Léa Pool.

Madeo had been selected as one of European Film Promotion’s Producers on the Move for Cannes 2017, and subsequently applied for EAVE. “This was the right way for me first to have a general introduction for that week in Cannes and then come to the EAVE workshop where they really dig deep into what it takes to be a producer and also focus on one project over the course of a year,” he says.

And, as Krausz points out, the interaction between participants does not stop with the last day of the third workshop. Social media has come into its own as an on­going forum for dialogue and exchange of experiences and news, where contacts had once been kept going by telephone, fax and gatherings at the major festivals.

“When graduates from different years come together, they know that they have a common language and experience having attended EAVE workshops,” Krausz says. “The advantage of this network is that if you are looking for a partner in a certain country where you don’t know the industry, there’s a sure chance that you have someone from the EAVE community you can call to ask them who they would recommend.”

EAVE is often held up as the initiative par excellence within the European Union’s Creative Europe MEDIA sub-programme. More than many others, it reflects those ideals of promoting the European idea and a more diverse audiovisual sector in order to meet the challenges of an increasingly globalised market.