Lukas Nelson is not just the musician on whom Bradley Cooper based his character in A Star Is Born — he also has multiple producer and songwriter credits on the soundtrack. 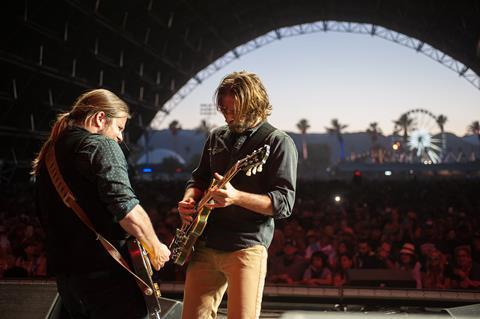 Lukas Nelson and Bradley Cooper in ‘A Star Is Born’

It was after watching a Neil Young concert that actor/director Bradley Cooper approached musician Lukas Nelson about collaborating on a new rendition of A Star Is Born, the third Hollywood remake of the David O Selznick-produced 1937 classic, which was the first colour film to be nominated for best picture at the Oscars.

Nelson is the son of legendary musician Willie Nelson, who in the 1980s joined The Highwaymen, a country music super group where he performed alongside Johnny Cash, Waylon Jennings and Kris Kristofferson — who starred in the 1976 Golden Globe award-winning adaptation of A Star Is Born. Lukas Nelson is best known as the lead vocalist and guitarist with country rock band Promise Of The Real.

On that October 2016 night at the Desert Trip music festival in Indio, California when Cooper saw Young perform, Nelson was plucking the strings backing up the musician.

The line-up of Desert Trip also featured The Rolling Stones, Paul McCartney, Roger Waters and The Who, but Cooper only had eyes for the guitarist. In him, he saw Jackson Maine, the character that he himself plays while also being behind the camera to direct his first feature.

A meeting of minds

Cooper asked film producer Billy Gerber, who knew the Nelson family, to arrange a call between himself and Nelson. “Bradley is a huge Neil Young fan, so that immediately endeared him to me,” says Nelson, on the phone from his home in Maui, Hawaii. “He asked me to come over to his house, and he played me a clip of some stuff that he sang, and I thought, ‘This is doable, because he already knows what sounds right.’”

They started spending more and more time with each other. “I [sat] with him for hours singing and writing songs,” recalls Nelson. “If I was away, I would send him songs and he would send me clips of him singing and it just got better and better.”

As they spent more time together, Cooper went from initially wanting to model his performance on Nelson, to asking the guitarist to write songs for the movie and even to appear in the film. “I never saw a script,” recalls Nelson. “It was a matter of us working together, creating the character and the guitar sound with him and the guitar parts he wanted me to play on songs, things like that. And then, it was a full collaborative effort.” 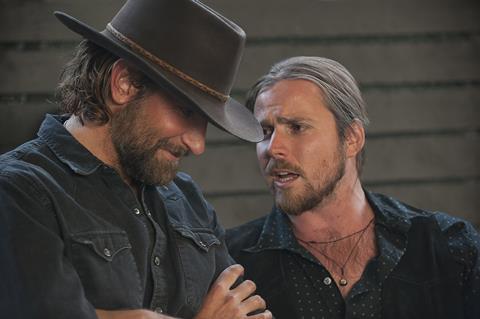 Nelson did not need to see the script. He had seen the remakes of A Star Is Born — after all, Kristofferson is a family friend — so he knew what the story was about. And when writing the songs for the film it was not the dialogue that was pushing him, but his own experience. “Since Jackson Maine is a character that is sort of based on me and other influences, I just wrote a bunch of songs that are based upon my own life.”

The musician downplays his own on-screen performance. “I was just on-stage with my band, wearing what I would usually wear, and when we’re performing there are nearly always cameras around, so it just felt like a natural progression.”

In addition to his acting credit on A Star Is Born, Nelson has writing credits on seven of the film’s songs, plus producer credit on seven songs (the soundtrack features 18 original tracks).

Nelson immediately struck up a friendship with Lady Gaga, Cooper’s choice to play rising star Ally. “We hit it off,” says Nelson. “We had this musical telepathy and we wrote well together. We ended up sort of being musical producers and directors of the music in the film.”

This involved helping to improve songs that they had been working on individually. ‘Shallow’ — the first single from the soundtrack — was penned by Gaga and her regular collaborator Mark Ronson, with Anthony Rossomando and Andrew Wyatt. When Nelson came on board, he added the distinctive guitar solo introduction that would give the song an epic quality as Gaga’s vocals helped Cooper with his verses in the ballad.