How the Spanish film industry is slowly coming back to life 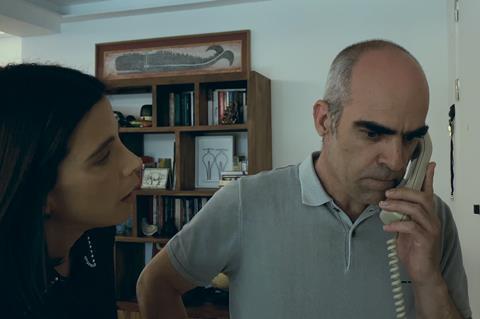 Gourmet (Tales Of The Lockdown)

The film industry in Spain is slowly restarting its engines, with some local shoots resuming and cinemas gradually opening amid detailed hygiene and safety protocols.

Spain’s lockdown due to the Covid-19 pandemic was one of the strictest in Europe. The easing of the safety measures has been organised in very specific stages, region by region. Cinemas in some regions have been allowed to open since May 25 at just 30% occupancy. Some independent theatres in Madrid and Barcelona have been open since June 21 but the major chains are not due to open untl the last weekend in June.

Cinemas are required to clean thoroughly in between each screening, offer disinfectant gel dispensers at each entrance, have assigned seating for all screenings in a way that allows for physical distancing and all tickets are sold online where possible.

Government support for the decimated exhibition sector has included a €13.3m emergency fund and a reduction on the VAT on cinema tickets to 4% from 10%.

To encourage audiences back to the cinemas, distributors and exhibitors and their respective associations – the Federación de Cines de España (FECE) and the Federación de Distribuidores de Cine (FEDICINE) – have joined forces to launch a publicity campaign on social networks: #yovoyalcine, underlining the joy of cinema-going with clips from movies including La La Land, The Shawshank Redemption and Cinema Paradiso.

Distributor-exhibitor A Contracorriente pointedly chose Cinema Paradiso as one of the titles screening for the reopening of its Verdi cinemas in Barcelona. Giuseppe Tornatore’s love letter to cinema will also be programmed by multiplex chains such as Yelmo.

Arthouse cinemas including the Renoir in Madrid have reopened with films that were playing as the lockdown came. A screening of Gracia Querejeta’s Invisibles was accompanied by a visit by the director and actor Emma Suárez to introduce the film.

Further titles on release now include Oscar-winner Parasite and Disney’s Onward. The latter was originally released in March in Spain.

Spanish producers can receive financial support for their films based on their theatrical performance. For titles that have not been released theatrically due to the shutdown but have had a VoD release instead, producers will still be able to access public funds. This exception applies until August 31.

For the rest of the year, the number of theatrical screenings required to trigger this funding has been reduced. It now stands at 20 theatres for productions with a budget over €2m, 10 theatres for the films with a lower budget and two in the case of feature documentaries.

The production of local films is slowly resuming. They include Chavalas, the debut feature of Carla Rodríguez Cortés in Catalonia; Igor Legarreta’s All The Moons set in the Basque Country and Navarre; and Macarena Astorga’s debut feature La Casa Del Caracol, which is scheduled for an August shoot in Andalusia.

Other productions are watching and waiting to set the date for picking up where they left off. They include Daniel Monzón’s Las Leyes De La Frontera, produced by Ikiru Films and The Mediapro Studio’s Official Competition, starring Penélope Cruz and Antonio Banderas,

Some previously scheduled shoots such as Carla Simón’s second feature Alcarràs have been postponed until 2021.

The impact of the coronavirus pandemic has also triggered the imagination of filmmakers. Latido Films’ Tales Of The Lockdown is an omnibus film directed by five Spanish directors that stars actors including Luis Tosar and Carlos Bardem, who had to handle their own cameras, do their own make-up and finesse the sound quality due to the circumstances.

The recently-approved increase in the tax rebate for international productions from 20% to 30%, announced at the beginning of May, should increase Spain’s popularity as a location, particularly in places such as the Canary Islands where they already had an advantageous 40% rebate that is now 50% on the first €1m spent and 45% thereafter. Spain has opened its borders to other Schengen countries in the EU since June 21 and for other countries from Wednesday July 1.

The Goya awards, normally held at the beginning of February (pending a decision on the date confirmation by the Spanish Film Academy) will this year accept films that have not been able to have a theatrical release if those films were scheduled to do so but were forced to swivel to VoD instead.

Barcelona’s D’A Film Festival Film went ahead with an online version on VoD platform Filmin. Others changed dates: the Málaga Film Festival was originally scheduled for March and will now take place August 21-30; and  the San Sebastián International Film Festival is expected to go ahead as planned from September 18-26.