Following the region’s win in the foreign-language film category for the past two years with ROMA and A Fantastic Woman, Screen gets the measure of this year’s contenders. 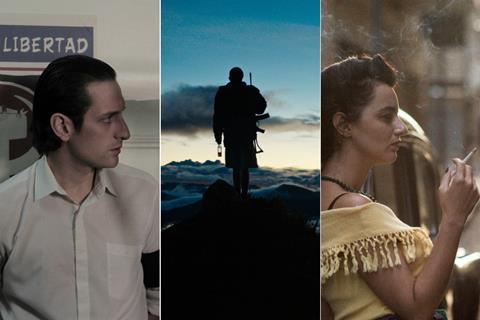 The Oscar selection committees from Latin America, the Caribbean and Canada have chosen a cluster of largely admired work, even if only one, possibly two, are considered to be in with a chance of progressing beyond the pool of 92 submissions. A significant chunk of the region’s films this year are regarded by industry insiders as being either too small or the opposite - too broadly commercial - to make it as far as the shortlist come December 16.

Colombia’s Monos from Alejandro Landes is the heavyweight title in the pack. Ever since it premiered at Sundance at the start of the year, the story of child soldiers who flee through a surreal landscape and eventually succumb to internecine strife has dazzled audiences with its exoticism and sense of scale. It won the world cinema dramatic special jury award in Park City before skipping across the Atlantic to play in Berlin’s Panorama. Neon released in the US in September, grossing $405,000 to date.

Monos became a fixture on the international festival circuit, winning best film at San Sebastian and London, and best director in international competition at Chile’s SANFIC, among many others. Landes poured every ounce of himself and his young cast into the film and, on one occasion, the director himself had to be hauled out of the jungle with suspected appendicitis. There are no awards here for dicing with death per se, but the film’s pedigree appears to have spoken for itself and it would seem a fitting reward were the adventure thriller to find its way on to the shortlist. Only one film from Colombia - Ciro Guerra’s Embrace Of The Serpent in 2016 - has ever earned a nomination. 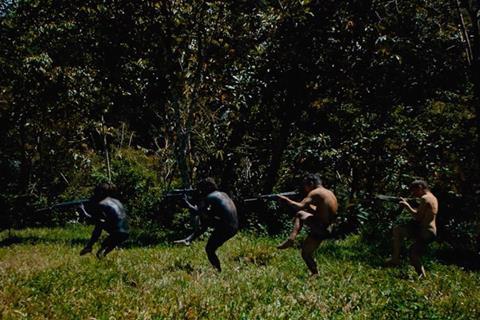 The other strong contender comes from Brazil in the form of Karim Ainouz’s The Invisible Life Of Euridice Gusmao. Fernanda Montenegro and Carol Duarte star in the affecting melodrama about two sisters forced to live apart in Rio in the 1950s. The film has been widely admired, winning Un Certain Regard when it premiered in Cannes.

To take nothing away from Invisible Life and the pride Ainouz must feel flying the flag for his country for the first time, the selection is one of the controversies of the international feature film category.

This is because, for a second time, Kleber Mendonca Filho has been overlooked. The director, whose Bacurau also premiered on the Croisette this year and shared the jury prize with French submission Les Misérables, has a testy relationship with his country’s selection committee due to his outspoken political views. The omission of the striking allegory highlighting Brazil’s lurch to the right under the current leadership of Jair Bolsonaro is the latest example of how the filmmaker’s views ruffle feathers back home.

Three years ago, a reporter critical of Mendonca Filho’s opinions joined the selection committee and the conclave snubbed Aquarius, one of the most talked-about and beloved films of the year after its world premiere in Cannes. Mendonca Filho and his cast had staged a protest on the red carpet over the impeachment of then-suspended Brazilian president Dilma Rousseff that paved the way for Bolsonaro. In protest over the journalist’s appointment to the committee, three Brazilian filmmakers (including Anna Muylaert with highly regarded The Second Mother and Gabriel Mascaro with Neon Bull) recused themselves from the submission process that year. It would be to no avail, and David Schurmann’s drama Little Secret made the cut - although not the shortlist.

Notable omissions are not restricted to Brazil this season. Pablo Larrain’s Ema is out of the game after Chilean selectors opted for Spider, Andres Wood’s political thriller which, like so much of his country’s recent cinematic output, probes the psychological wounds inflicted on Chile by the Pinochet regime. Wood has pedigree and represented his country on two previous occasions with Machuca in 2005 and Violeta Went To Heaven in 2012, neither of which earned an Oscar nod. Chile won this category two years ago with Sebastian Lelio’s A Fantastic Woman.

The feeling among insiders is that Chilean selectors regard Spider, despite its overt political context, as a safer bet than Ema. The latter is a wild, typically transgressive work by Larrain (whose No was nominated in 2013) that most likely was considered too divisive and risqué at a time when ongoing violent protests have placed wealth inequality under the spotlight and dented the country’s reputation as a regional haven of political and economic stability. 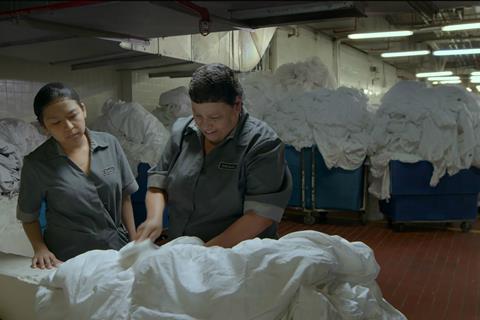 Alfonso Cuaron’s ROMA won the Oscar for Mexico last season, and there is the sense that the country’s latest submission, Lila Aviles’s The Chambermaid, may lack sufficient momentum to get on to the shortlist. The film about a domestic worker’s job in a luxury Mexico City hotel has been around for a while and kept a relatively low profile since it premiered more than a year ago in Toronto 2018. It lacks the scope of Monos and Invisible Life and may be too small for Academy voters.

Of the other notable submissions from the Americas, Argentina’s adventure comedy Heroic Losers from Sebastian Borensztein, starring national superstar Ricardo Darin, is viewed as too broad. Canada’s Antigone from Sophie Deraspe has won fans but has not been cited as a leader in the category, and Antonella Sudasassi’s The Awakening Of The Ants from Costa Rica, Alvaro Delgado-Aparicio’s Retablo from Peru, Federico Veiroj’s The Moneychanger from Uruguay, and Patricia Ortega’s Being Impossible from Venezuela have all struck chords but are seen as either too small or too difficult.