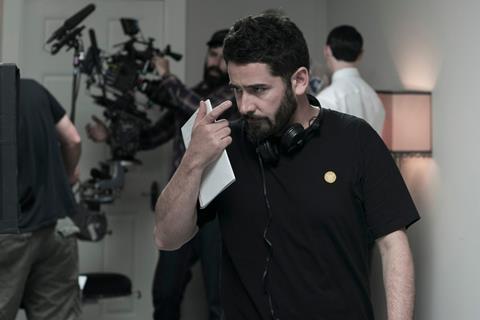 Ireland’s production sector is gearing up for a busy year after the pandemic slowdown as the film and TV sector aims to strengthen its position as a hub for homegrown and international film and TV production.

Upcoming projects shooting or preparing to film in Ireland include Nocebo, the latest feature from Vivarium writer-director Lorcan Finnegan. Starring Eva Green and Mark Strong, the psychological thriller centres on a fashion designer who suffers a mysterious illness. A Filipino nanny offers to assist using traditional means and reveals a horrifying truth.

Nocebo is set between London and Manila and is a Ireland-Philippines co-production between Emily Leo of Wild Swan Film, Brunella Cocchiglia of Lovely Productions and Bianca Balbuena and Bradley Liew of the Philippines’ Epic Media. XYZ Film is handling international sales.

Emer Reynolds, whose documentary The Farthest won an Emmy after premiering at DIFF in 2017, is turning to drama with Joyride, set to film on the west of Ireland and in Dublin this year. Directing a screenplay from writer Ailbhe Keogan, the comedy drama will star Olivia Colman as a woman ready to embark on an adventure, unaware that a cheeky young adolescent is determined to go along for the ride.

Joyride is produced by Subotica, with Embankment handling international sales.

Screen Ireland, which is backing both Nocebo and Joyride, received a €9 million increase in capital funding for 2021, an increase of 52% on 2020’s allocation, bringing the total capital budget to €26.2 million.

Also set to film in Ireland later this year is Martin McDonagh’s The Banshees Of Inisheer, starring Colin Farrell and Brendan Gleeson. Set on a remote island in the west of Ireland, the actors will play lifelong friends whose lives are impacted when one of them decides to end the relationship. The feature was originally scheduled to shoot last year prior to the Covid outbreak. It is produced by the UK’s Blueprint Pictures with backing from Film 4.

On the TV side, Element Pictures is preparing to shoot an adaptation of Sally Rooney’s novel, Conversations With Friends, on location in Dublin and Belfast, with further locations to be confirmed. The 12-part drama for the BBC and Hulu will be directed by Lenny Abrahamson and Leanne Welham. The series will follow a 21-year-old college student as she navigates a series of relationships. Newcomer Alison Oliver head a cast that includes Sasha Lane, Joe Alwyn, and Jemima Kirke.

Several new Irish films premiere at this year’s DIFF. The festival is highlighting the work of new talent including Rachel Carey, making her feature debut with Deadly Cuts, a comedy about a group of Dublin City hairdressers who take on a criminal gang that threatens their community.

Tadhg O’Sullivan’s anticipated documentary To The Moon is also screening at DIFF. It celebrates the night sky over the course of a lunar month.

Filmmaker Ivan Kavanagh turns to horror for his latest feature. Andi Matichak and Emile Hirsch star in Son, the story of a woman who must confront her past after escaping a cult as a child.

Writer-director Chris Baugh brings his black comedy Boys From County Hell. The boisterous comedy horror centres on a vampire disturbed by workmen in a village with connections to writer Bram Stoker. Baugh directs a spirited young cast including Louisa Harland, known for her role in Derry Girls, and Fra Fee.

David Burke’s documentary, Father of the Cyborgs, tells the remarkable story of neurologist Phil Kennedy, who in 2014 sought to have his own brain implanted with electrodes in order to continue his research.

Hot Irish features due for release later this year include the Irish-based filmmaker Nathalie Biancheri’s drama Wolf, starring George MacKay, Lily-Rose Depp and Fionn O’Shea. The film tells of a young man who has a form of species dysmorphia, leading him to believe he is a wolf. Focus Features has acquired worldwide distribution rights.

Tom O’Sullivan’s Arracht will also be released this year, after being Ireland’s submission for the International Feature Film Oscar. Told in the Irish language, the period drama unfolds on the eve of The Great Hunger. Dónall Ó Héalai, recently named a Screen Star of Tomorrow, heads the cast.