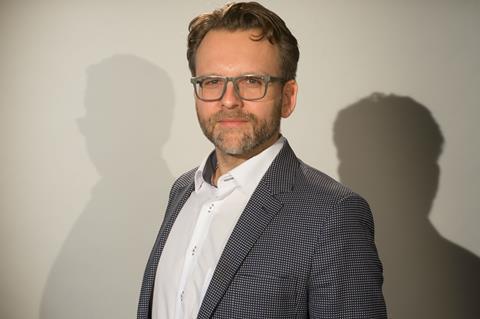 The Munich Film Festival opened in Germany last night (June 27) with the German premiere of US comedy The Art Of Self-Defense, starring Jesse Eisenberg, and a bigger programme than ever before.

With a funding boost from the regional government that has increased its budget to €5.1m for this year, the Bavarian event has introduced a raft of new programming strands and initiatives to help elevate its standing on the international festival circuit.

CineCoPro is a new competitive section dedicated to international film projects with German co-producers. A three-person jury consisting of producers Regina Ziegler and Dietmar Güntsche, with Bero Beyer, director of the International Film Festival Rotterdam, will present the winner with a €100,000 cash prize to be invested by the German co-producer in a new co-production.

The line-up for the competition’s first edition includes Elia Suleiman’s It Must Be Heaven, Bálint Kenyeres’ Hier, Shahrbanoo Sadat’s The Orphanage, and Corneliu Porumboiu’s The Whistlers.

”We are always looking at new ways to establish ourselves as one of the most modern festivals in Europe,” explains the festival’s first ever artistic director Christoph Groener. “We see the CineCoPro section and award as being a first step towards making Munich a real home for co-production where producers can share and develop ideas in a relaxed and meaningful way.”

The festival’s championing of co-production is in line with the international strategy of local Bavarian film fund, FFF Bayern. The fund has a dedicated programme for international co-productions that has supported projects such as Rupert Everett’s directorial debut The Happy Prince (co-produced by Maze Pictures), Jonathan Jakubowicz’s Second World War drama Resistance (on which Pantaleon Pictures was the local German partner), and Joe Penna’s sci-fi thriller Stowaway which is now shooting at the Bavaria Film Studios on the outskirts of Munich. It is a co-production between the US’ XYZ Films with German partners augenschein Filmproduktion and Rise Pictures.

The CineCoPro awards ceremony will include a keynote speech from the German writer-director Edward Berger whose recent credits include the European TV series Patrick Melrose and The Terror.

“His experience working on international projects will be inspirational,” said Groener.

Groener, a programmer at the festival since 2008, was promoted to the newly-created position of artistic director at the beginning of the year. He was brought into the top team with the remit to serve as the festival’s main contact person both externally and internally in programming affairs. He works closely with festival director Diana Iljine who has been running Munich since 2011. The cash injection for this edition has allowed her to appoint Groener and begin investment in the long-term strategic plan for the Filmfest’s future up to and past its 40th anniversary in 2022.

Iljine and Groener have been able to invite more filmmakers and stars to Munich than ever before. Director Riley Stearns and star Eisenberg attended the opening gala of The Art Of Self-Defense (the film hopes to secure a German distributor) while Danish actress Trine Dyrholm is in town to support the world premiere of Lars Kraume’s mini-series Bauhaus - A New Era in what will be a five-hour binge screening at the town’s renovated ARRI cinemas.

Antonio Banderas and Ralph Fiennes are the recipients of the festival’s prestigious CineMerit awards in recognition of their ”extraordinary contributions to motion pictures as an art form”, said Groner.

The retrospective spotlight falls on South Korea’s Bong-Joon Ho, who won the Palme d’Or this year for black comedy Paradise, while French actor-director Louis Garrel is the recipient of the new Margot Hielscher prize, established in memory of the late actress and singer. Garrel is also presenting his new film A Faithful Man to Munich audiences.

The festival is closing with the German premiere of eOne’s Late Night, starring Mindy Kaling and Emma Thompson. Thompson was the festival’s guest of honour in 2018 and the winner of a CIneMerit award. The film’s producer Jillian Apfelbaum will be in town for the screening.

Groener has also brought VR into the programme for the first time with the introduction of the Virtual Worlds strand this year. It will encompass a competition for VR films, a focus on France’s VR creators and a retrospective of the work of Montreal studio Felix&Paul.

”We are working in close collaboration with the Bavarian Film Centre and curator Astria Kahmke, a worldwide expert in VR,” said Groener.

A ‘Professional Day’ on July 3 brings together key international players including Colum Slevin, head of media for AR/VR experiences at Facebook, Chloé Jarry, founder and CEO of the Paris-based Lucidrealities Studio, and Julie Walsh of the Walsh Gallery in Chicago. They will participate in a series of panels, and a pitch presentation of selected international VR projects to an audience of VR professionals.

”We have high hopes this new programme will be particularly interesting to the local industry which wants to know more about virtual reality,” Groener explained. “But, as in all we do at the festival, we are ever mindful we are an audience festival and the showcase of the VR experiences will also be aimed at appealing to general public as well.”