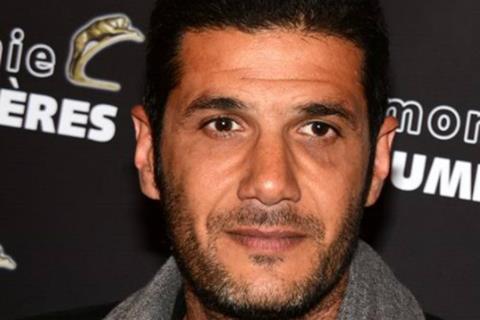 Moroccan-French director Nabil Ayouch makes his Cannes Competition debut this year with Casablanca Beats, a high-energy portrait of a group of disadvantaged youngsters who blossom when they join a hip-hop and dance programme at a neighbourhood cultural centre.

The film has a positive connection with Ayouch’s 2012 Un Certain Regard title Horses Of God, which was adapted from Mahi Binebine’s novel about disenfranchised youth from Casablanca’s Sidi Moumen slum district who perpetrated a series of suicide attacks across the city in 2003.

Following this collaboration, the pair joined forces to create the Les Etoiles cultural centre in Sidi Moumen, offering youngsters in the neighbourhood a place to express themselves, exchange and create. The initiative has since expanded to create other centres in Tanger, Agadir, Fès and soon Marrakech.

Casablanca Beats took inspiration from Moroccan hip-hop artist Anas Bawss’s La Positive School programme which he created within the framework of the Les Etoiles centre and now runs across Morocco.

How did the programme and the film come about?
Anas turned up at the centre one day. He has this magnetism and charisma. He told us he wanted to stop rapping and to create a hip-hop programme. Hip-hop is a way youth expresses itself par excellence, so we said fine although I didn’t think it was something you could teach. Anas proved me wrong. I observed the classes for a year and was impressed. I wanted to understand where their words and texts came from. I sat down with the group one afternoon and found out about their lives and the reasons why they dance and sing, which are almost as important as their talents.

Are the youngsters in the film all from the centre?
The film is very inspired by reality, but it was important for me and them that they were interpreting a role and playing a character. We’re not seeing their real families or houses. There are some whose characters are closer to their realities than others. Ismail, the boy with a great singing voice, was born in a slum and still lives there with his family, while the boy who plays the Islamist is nothing like that in real life.

You bring up the 2003 Casablanca attacks in a group discussion. Why did you feel the need to evoke it in this film?
It’s a topic that haunts them and also haunts me. They have this double sense of guilt, firstly because they come from somewhere like Sidi Moumen. I understand where they are coming from because Sidi Moumen is a lot like the town I grew up in, Sarcelles, on the outskirts of Paris where communitarianism was strong. I grew up with my Jewish family. My mother is Jewish, so I always felt split between two religions, cultures and nationalities. That gave me a political conscience early on. The difference is that the lives of the youngsters in the film have been impacted by terrorism because they’re growing up in the neighbourhood where the suicide bombers came from and they have that label on their back. I felt it was important to touch on these issues in such a way that it came from them.

Has the centre changed things for the better in the neighbourhood?
Yes, otherwise we would not have opened other centres in other parts of Morocco. My own childhood experiences showed me to what extent art and culture can change a life. I’ve seen beautiful things come out of the centre like the group of singers that came together there and then got signed by Universal or the father who turns up with a long beard and white tunic, hand in hand with his daughter in a pink tutu, taking her to classical ballet class.

Have you ever met with hostility like that shown in the film?
When you implant yourself as a foreign body in a neighbourhood, it’s natural that you meet with suspicion. Parents were asking what we were going to teach the kids, questioning whether we were going to brainwash them. We told them, ‘We’re not here to impose our idea of culture, we’re not here to give the energy to this space. It’s your dreams, your energy that will bring it to life.’

There have been moments of tension, for instance around the time of Much Loved [Ayouch’s 2015 film which was banned in Morocco because its protagonists were prostitutes]. The biggest challenge, however, is making sure that girls have access to the centre too. Encouraging social diversity is important but so is gender diversity. We’ve succeeded in ensuring 50% of the youngsters attending the centre are girls but it’s not always easy. For the girls, it’s even more complicated to practice arts – and notably hip-hop – due to social and family pressures. We’ve seen girls forced to give up by their parents which is always a tragedy.

I read that you have also set up a hip-hop label called New District. Are you planning to release the soundtrack to Casablanca Beats?
That’s the plan. The group have written and produced some great tracks. The label will help give this work a new life beyond the centre.