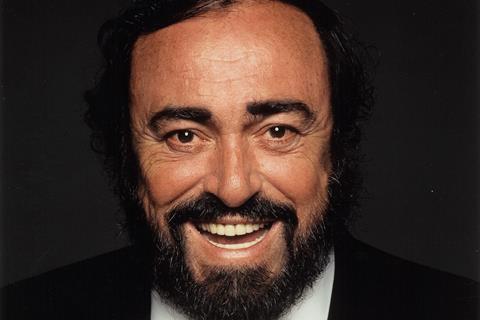 Ron Howard’s Pavarotti, exploring the life and work of Italian opera legend Luciano Pavarotti, is set to become the first major documentary to be given a wide theatrical release in Saudi Arabia following the lifting of its 30-year-cinema ban at the end of 2017.

Dubai-based distributor Front Row Filmed Entertainment and partner company Kuwait National Cinema Company, which own all MENA rights for the work, have announced the documentary will open on July 25 in Saudi Arabia in VOX Cinemas and AMC Cinemas.

The Saudi release of Pavarotti comes amid ongoing efforts by the country’s Ministry of Culture to foster an opera going scene in the kingdom following the lifting of the ban on cinemas and all public entertainment events.

Italian opera singer Andrea Bocelli was one of the headline performers at the new Winter in Tantora culture and arts festival in the ancient Saudi Arabian city of Al Ula last February while the orchestra of Italy’s world famous La Scala opera house performed to an audience of 3,000 people at the King Fahd Cultural Centre in Riyadh on June 14. The country also plans to open its first opera house in Jeddah by 2022.

The documentary reunites Howard with the production team behind the 2016 documentary The Beatles: Eight Days A Week, including writer Mark Monroe and editor Paul Crowder.

It reconstructs Pavarotti’s life using archive footage and contemporary interviews with his family as well as those who worked with him including U2’s Bono, concert impresario Harvey Goldsmith, his ex-wife Adua Veroni and his second wife Nicoletta Mantovani.

The documentary began its theatrical career in the US earlier this month where it has grossed $1.1m to date.  CBS Films opened it on June 7 on 48 screens after a special launch screening by Fathom Events on June 4. Its current screen count is 280 and this is set to expand throughout the summer.

eOne is due to release the film in the UK on July 15 following a series of event-style previews. HanWay is handling international sales.

Front Row/KNCC will also be releasing the documentary across key theatres in the GCC and Lebanon on July 4.

The partners’ other MENA releases for 2019 include Dragon Ball Super: Broly, Destroyer, The Vanishing, The Professor And The Madman, Extremely Wicked, Shockingly Evil And Vile and Judy.