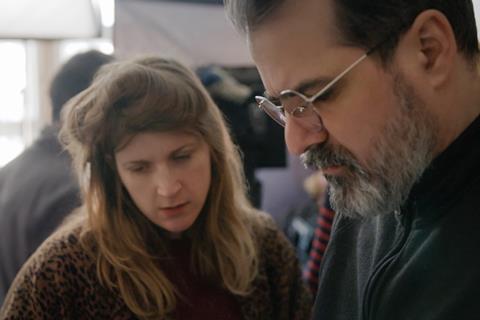 A couple of years ago, when Hungarian film director Kornel Mundruczo was invited to stage a play for a leading theatre company in Warsaw, he and his partner, writer Kata Weber, agonised over what they should do.

“One day, I opened up Kata’s notebook and I read fragments of dialogue between a mother and daughter about a miscarriage,” Mundruczo remembers. No, he wasn’t snooping, these weren’t private diaries — the couple often look over each other’s ideas. In this case, those few lines inspired both the play, Pieces Of A Woman, and the US-set film version.

“It was the most personal and the most beautiful writing by Kata I ever read,” says the director.

Weber herself had suffered a miscarriage, but she and Mundruczo never talked about it. Now, he realised, she was “breaking our silence”. He told her he was very keen to do something with the material. She was fiercely resistant at first. The subject was just too raw and too intimate.

“I was absolutely against it,” Weber recalls. “He encouraged me to dig deeper and write more about it. [But] I felt it’s too small, too personal and I said, no, I didn’t want to do that.” But part of her wavered: she and Mundruczo had been working together for many years on films such as White God and Jupiter’s Moon — she trusted his instincts.

In the end, Weber went to Berlin (“Really far away from him and my daughter”) to write Pieces Of A Woman.

“When I started to write, I felt the urge to go on,” she recalls. “I was so fearful, I thought, ‘I don’t want to go to that dark place.’ But as I continued writing, I realised it [the drama] is not just about the loss, not just about tragedy. It is for me as much about life and love, grace and belonging. It felt right.”

The play consisted of just two main scenes: the birth portion during which the baby is lost and the very fraught family dinner.

“Our story is far from the movie. We did a lot of research and interviews with mothers who had lost babies and with midwives,” says Mundruczo. Nonetheless, he does not hide the roots of the project. “If you cannot say something really personal and somehow about your true self, then it is not art anymore. An artist has to be a little bit like a naked soul. It is sometimes painful, sometimes difficult to go there, but without that, true art is never born.”

Weber also drew on the story of Hungarian midwife Agnes Gereb, who was given a prison sentence in 2018 for malpractice after a home birth during which a baby died. At one of Gereb’s trials, a mother told the court: “This woman did everything she could to save my baby and she couldn’t but I do not think she was guilty” — words that remained in the writer’s mind. “That was something where I felt, ‘Oh my god, that is my hero.’ It’s a mother who doesn’t want to take revenge.” 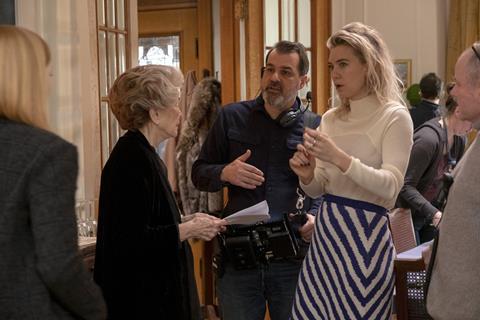 Ellen Burstyn, Kornel Mundruczo and Vanessa Kirby on the ‘Pieces Of A Woman’ set

At first glance, UK-born Vanessa Kirby, best known for her role as Princess Margaret in Netflix’s The Crown, did not seem a natural fit for Martha, the expectant mother. Kirby — who has the best actress award from Venice and a Golden Globe nomination for Pieces Of A Woman — flew to Budapest to meet the director. Mundruczo has admitted his initial surprise that his producers at Canadian company Bron Studios had even suggested her.

“It was not that easy to find someone to play that role,” he says. “The role is pretty dark. You are going to a very dark place. It scares actresses, and I truly understand that because it was not that easy for even us to go back there.”

When Mundruczo first met and auditioned Kirby, the director’s “strategy was creating silence because silence is so important to the role”. After all, this was a character who becomes aloof and frozen with grief. He stopped talking for minutes at a time and waited to see how Kirby would react. She stayed quiet too. “She was really strong with her silence. After that, I decided I would like to do [the film] with her.”

Mundruczo was intrigued by the different approaches to their roles taken by Kirby and veteran Ellen Burstyn (The Exorcist, Alice Doesn’t Live Here Anymore), who plays her mother, a Holocaust survivor with whom she has a tense relationship.

“Of course, they are coming from two different schools. Burstyn is more from the Stanislavsky school and Vanessa is a UK actor — she is way more kind of practical and theatre-based,” the director reflects. “The old‑school Ellen Burstyn would really try to understand in a Stanislavsky way as much as possible, and Vanessa would feel the character more than understand it.” He adds that the contrast in approaches enriched their collaboration.

Shia LaBeouf also gives a strong performance as the husband who grows apart from his wife after they lose their child. LaBeouf, though, was recently accused by former partners of physical and mental abuse (he has since told the media that not all the allegations are true, but has admitted to abusive behaviour). In the wake of the allegations, Netflix — which took global rights to Pieces Of A Woman following the film’s Venice premiere — dropped him from its awards campaign.

“They are very serious allegations that were hard to read. My heart was full of sadness and sorrow to read all of the accounts,” reflects Mundruczo on the scandal now engulfing LaBeouf, but this is not a subject he dwells on. “I believe that all humans should feel they can come forward and tell their truths. We are proud the film centres on the complexity and beauty of a female journey, and our focus remains shining the light on our deeply personal story.”

There are many instances of European filmmakers coming to work in North America and losing creative freedom or struggling to adjust to a different culture. This was Mundruczo’s first English-language feature — the decision to work outside his home country being partially motivated by what he calls the “stormy political weather” in Hungary. Another factor was that, after making seven Hungarian features, he was looking for a new challenge. Producers told him Pieces Of A Woman was the perfect material for a US movie, and Boston was chosen as the setting.

“It’s just a different system,” Weber acknowledges. “When you do a film in Hungary, it’s state money. There were challenges [making Pieces Of A Woman] but I was so much blown away by the professionalism we found. Once we were there, with the actors and Bron Studios, it was all about the work and how we could make it the best possible.”

Ask how Weber and Mundruczo combine their personal and professional lives so successfully, and Weber thinks she has the answer. “I always say we don’t work together but that we leave each other to work. We don’t disturb each other. We have to agree on a topic and on the approach how to do it but then I go and write — and he goes and directs. We have our own territories.

“We inspire each other and we also trust each other,” she adds. “But, at the same time, we understand that we are very different people.”