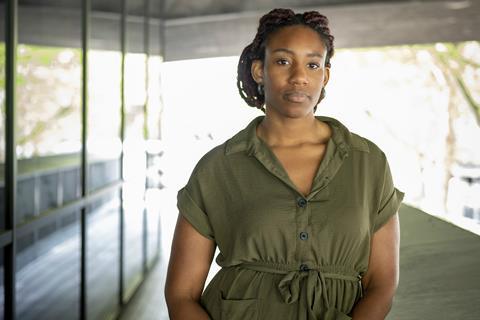 “I think of it very much as an old-school profession,” Odoffin says. “You sit in someone’s sidecar for years. It’s not quite as quantifiable as directing or editing or producing — it’s based on individuals.”

Now an associate casting director at London’s National Theatre (she has cast Small Island,‘Master Harold’… And The Boys and A Taste Of Honey), Odoffin is also casting director liaison for Drama Centre London (Central St Martins). She set up her own casting company in 2016 — early projects were Jason Lei Howden’s action comedy Guns Akimbo and Ben Bond’s Brexit-era romance The Drifters, which are both now complete.

Odoffin has since worked on Eddie Sternberg’s debut feature I Used To Be Famous, for which she did a UK-wide search for a boy with autism; and Bone, the debut feature from 2018 Star of Tomorrow Baff Akoto, which will shoot later this summer.

Her biggest job this year has been to cast fellow Star of Tomorrow Rapman’s Blue Story. “We had a process where we would talk constantly,” she explains. “We didn’t need certain names to finance this film, so we had lots of room to play and find fresh talent.” After “masses” of auditions at London’s Spotlight Studios for more than 40 speaking roles, Blue Story started shooting in March this year with an exciting cast of unknown talents.

With casting for Mahalia Belo, Claire Denis and Ryan Coogler among her ambitions, Odoffin is always conscious of the value of representation. “It’s so important that people can go and watch anything and feel they’re not just ticking a box. It needs to feel genuine.”