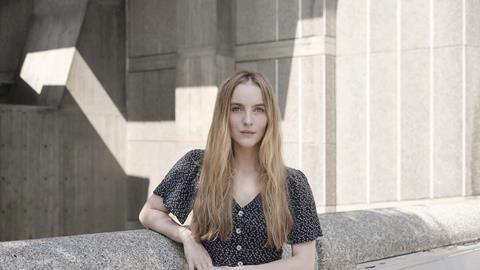 Dublin-born, County Wexford-raised Ann Skelly enjoyed her formative professional acting years in four seasons of Irish police drama Red Rock — experience she still carries with her. Shooting lavish HBO/Sky series The Nevers, for example, caused some anxiety. “We had somewhat of a budget,” she says with understatement. “We would spend a whole day on one scene. I’d be like, ‘I don’t think we’re going to make the day, we’re going to lose the light.’”

She adds, more seriously: “I do miss not having any time to doubt yourself; you can over-think things.”

Originally created by Joss Whedon, the Victorian-era series — which aired its first block of six episodes in the spring — concerns a group of mostly women known as Touched, who manifest abnormal abilities. Skelly describes her resourceful, positive character Penance Adair as “a lot lighter than anything I’ve played before, and closer to me than anything I’ve ever done”.

The role offers a change of pace after Joe Lawlor and Christine Molloy’s intense drama Rose Plays Julie (2019), in which Skelly plays a woman tracing her biological mother (Orla Brady). She enjoyed rich conversations with the filmmaking duo (“I find them fascinating as artists, so thoughtful and considerate”), and praises their controlled, contained directing style for giving surprising freedom to actors. “Once we understood we were on the same page, the beats are kind of instinctual.”

Growing up, Marion Cotillard in La Vie En Rose left a profound impression, as well as the films of Luc Besson, with whom Skelly went on to work on 2017 miniseries Playground. Now she finds herself inspired by actresses closer to her own age, such as Florence Pugh and Eliza Scanlen (“They’re choosing great work”).

Filming the second block of The Nevers’ first season until year’s end, she awaits HBO’s decision on season two. “There’s definitely a contract that limits my options,” she discloses, but whatever HBO decides, there will be many more opportunities to come.