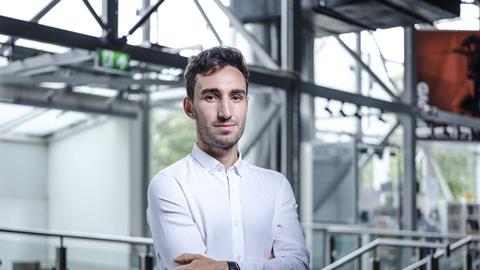 With his 2019 stage play You Stupid Darkness, Manchester-born writer Sam Steiner imagined a contaminated world that requires the wearing of gas masks when outdoors. In his prescient 2020 debut feature Apples, Greek filmmaker Christos Nikou set his story in the midst of a worldwide pandemic (one that causes amnesia). So it is fitting the two men are now collaborating on a new film, Fingernails, which is being produced by Dirty Films’ Cate Blanchett, Andrew Upton and Coco Francini.

Steiner broke through at the age of 21 with his 2015 stage play Lemons Lemons Lemons Lemons Lemons, and then segued to a screenwriting MA at the NFTS, graduating in 2017. His first feature screenplay Morning, which he wrote on spec, was quickly sold to Benedict Cumberbatch and Adam Ackland’s SunnyMarch, with Justin Kurzel on board to direct and Laura Dern and Noah Jupe to star; Jina Jay is casting the project. Completing a trio of hot film projects is horror film Banquet, produced by David Yates’ Wychwood Media and with Galder Gaztelu-Urrutia (The Platform) to direct.

Morning depicts a world where a pill has banished the need for sleep, and is about a woman whose husband has passed away. “It’s about how you grieve in a world that never lets you stop,” says Steiner. “What slips through the cracks when you’re never allowed to take a beat?”

Fingernails imagines a world where romantic love has become a rare phenomenon, and concerns a woman who “starts to doubt that her certified romantic love is real”. Compared to his self-generated theatre work, Steiner is finding the collaborative nature of screenwriting refreshing, including working with Nikou on Fingernails. “Christos has a specific tone,” he says. “I’m enjoying getting to play around with it.”

Steiner resists the term “prescient” when applied to his work, and feels a focus on the high concepts that have underpinned his writing is missing the point.

“My interest in concepts is as a way of getting to character in an unexpected way,” he explains. “I don’t want to write things that are purely thought experiments — I want to write emotional experiences.”