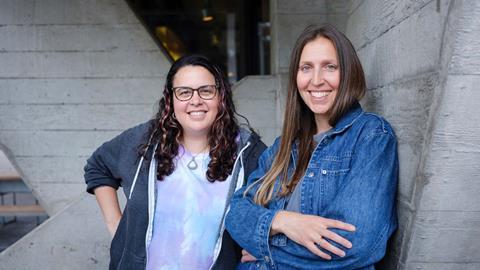 Ruth Greenberg — a rising screenwriter now focusing on her first feature as director — talks to filmmaker Sally El Hosaini about avoiding being pigeonholed and when it’s time to change a decision.

It is no surprise, then, that Greenberg arrives at the BFI Southbank brimming with questions for El Hosaini, herself a writer/director, who made an impressive feature debut in 2012 with the unconventional and emotive Hackney-set gang movie My Brother The Devil. Not least among them, why such a long wait for the 2009 Screen Star of Tomorrow’s second film, Net­flix-backed, based-on-fact refugee drama The Swimmers?

Ruth Greenberg: You had a 10-year gap between your first film, My Brother The Devil, and The Swimmers. In this industry there are many reasons why that happens, but given My Brother The Devil was so successful, would you mind telling me about the gap?

Sally El Hosaini: I think it’s partly because I’m a perfectionist and partly because I never want to make a film I’ve seen before. If something doesn’t excite me and slightly scare me, I find it hard to say yes. So I’m very choosy in that regard. Which meant I was focusing more on generating my own stuff, and some of the subject matter I was working on was more challenging and tricky. And then I also had a kid, and the reality of having a kid and doing what we do is not easy. But during that 10-year period I’ve been trying to make my second film… and it wasn’t The Swimmers! [laughs]

Greenberg: I saw an interview where you mentioned making another London-based film, so I figured there was something in the works that maybe had fallen by the wayside.

El Hosaini: Initially after My Brother The Devil I was given a lot of scripts that were either urban movies or movies with Arab characters, and there was a certain pigeonholing. The last thing I want to do is remake the same movie, especially when My Brother The Devil took eight years to make. I got very excited initially and had loads of other projects with other subject matter, but I quickly realised I’m the type of person that needs less, because I go very intensely and deeply into what I do. So I started to focus on just a couple of projects. One that’s very close to my heart is a film about Jonestown. I’d been working with Stephan Jones, who survived the massacre and is the only biological son of Jim Jones, to tell his story. For many of those years I was trying to get that off the ground. And I still want to make that film.

Greenberg: I noticed that you co-wrote The Swimmers with Jack Thorne.

El Hosaini: Yeah, initially it was his script, and then I started writing on it, and then it became more that we were sharing it and I was co-writing.

Greenberg: Have you done that before?

El Hosaini: Yes. It hadn’t worked that successfully in the past, but Jack is incredibly generous. I started just rewriting as a director, and it was actually Jack who said, “Look, you’re co-writing this.” It worked out so well, and that comes down to who Jack is as a person.

Greenberg: I suppose all collaborations are about the individual relationships and gauging who you’re working with, what their boundaries are, and how best they do what they do.

El Hosaini: And how much you share the vision for the film, ultimately. Because, as you know now you’re taking steps into directing, a script is not a film. And that leap from the script to the screen is a mercurial process. Certainly the way I work. I’ve never really shot a script. I remember a script supervisor coming to me once and going, “Are you reading the script?” [laughs] 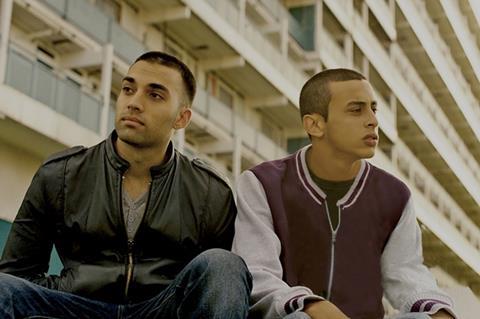 ‘My Brother The Devil’

Greenberg: I guess all the prep you do and the thought you put into it means that once you’re shooting, you know what you’re wanting to achieve.

El Hosaini: Yeah, absolutely. But you also have to be open. Directing is this crazy marriage of being a control freak and letting go in the moment. It’s just letting the car crash happen and seeing what beautiful thing can come out of it. There’s only so much of a control freak you can be. That’s what I love. I love the adrenalin. I love when it’s scary. I love being in the moment and thinking, “Right. We’re stuck in the middle of the sea. The actors are vomiting. The sun’s setting. How are we going to achieve what we need to achieve?” It’s those kinds of practical challenges that just make you feel alive.

El Hosaini: And a big part of it is that you’re part of a team. I love the collaboration. When I bring a team together for a project, the barometer that I’m always looking for is how passionate people really are about it, and how emotional they are about the subject matter. Because that’s what will make it not just some other job, and that’s when you get the best out of a team.

Greenberg: In terms of collaboration, you have the same editor on The Swimmers as you had on My Brother The Devil [Iain Kitching], and one of your casting directors is the same [Shaheen Baig].

Greenberg: Talking of the vision, the shared understanding of what you’re doing together, that can happen over time, over films. How important is it to have those key collaborators, and how much control do you actually have with those decisions?

El Hosaini: It depends on the size of the project, what situation you’re coming into. The luxurious thing about independent films is that you can have a lot of say. But no matter what situation I’m in, I feel you have to cast the crew. That’s your job as a director. It’s working out the personalities that are correct for the type of cast, for the subject matter, for the vibe you need on set to elicit what you’re trying to get out of it, and how the personalities will work with each other. It’s not based on someone’s CV, for me. It sounds like a given, but sometimes it’s just the ability to listen. Often, you’ll find someone with a very long CV who isn’t very good at [listening]. I need a real harmony behind the camera, so on the day I can be all about the actors, and my attention is focused on them from the second I see them to the second I don’t. If I can ask you a question, what was the hardest thing for you, going from writing to directing?

Greenberg: It wasn’t as hard as I thought it would be, I think because so much of the prep I do as a writer is the same sort of prep you do as a director. I think a lot about visuals. I have music, and I think of that sound. I’m really into location as a writer, so I often know the locations I’m thinking about as I write. So all that prep side of it didn’t feel at all foreign. And I just loved the collaboration. I was like, “Oh, I’m not on my own!”

Greenberg: I got very stressed the week before the shoot. Like, “What the fuck am I doing? Why would I put myself through this?” The anxiety was insane. But the second I got into rehearsal I was fine. The shoot was tough — I get back problems, so there was a physical aspect — but it was also really joyful. I loved the edit. I think the hardest part was probably after the edit, struggling with the sound to try and get exactly what I had in my head coming through.

El Hosaini: Well, that’s one of the things I picked up on as being brilliant in Run, so there you go.

Greenberg: It’s because I’m obsessive, and I didn’t let it be. Of everything in the whole process, what gives you the fear?

El Hosaini: That’s a good question. Um… [long pause]. Just not being able to make the film you want. Whether that’s because you’re being told who to cast, or not being listened to and not being allowed to get the things you feel are really important for the film. That’s the fear.

Greenberg: I know exactly what you mean. So how do you combat the fear?

El Hosaini: It depends on where you are in the process. But I think it’s never too late to change a decision. It’s not like you wake up and every first decision you make is going to be the right one. So sometimes it’s being brave enough to put your hand up and go, “Actually that was the wrong one. Let’s get out of it quick and change that as fast as we can.” Sometimes those moments of lucidity can really save a project.