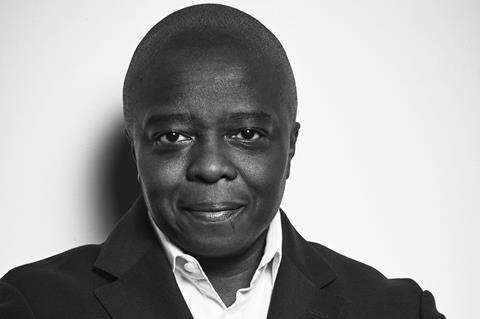 Yance Ford, director of Oscar-nominated documentary Strong Island, hasn’t just been touring festivals with the film since it won the Special Jury Prize at Sundance Film Festival in January 2017. He’s been making it for over a decade, and has lived with its story – of the murder of his brother and obstruction of justice that followed – since 1992.

Screen sat down with Ford to talk about releasing the film through Netflix and becoming the first openly transgender man to be nominated for any Academy Award.

How have people reacted to the film since its Sundance premiere?

Over the course of the last year, it’s shown me the degree to which so many people are living with violence as an ordinary state of being. At every screening, there was always at least one person who stood up and said, ”I lost ‘fill-in-the-blank’ to homicide, I lost ‘fill-in-the-blank’ to murder-suicide, thank you for telling this story”. The violence of our society is really what has become clear to me since the film was released, and the fact that people just have to live with it.

In the film you say you’re not angry about your brother’s death, is that really the case?

People are like, ”How could you not be angry?” And I’m like, ”Are you fucking kidding me?! I’m furious when I say that, I’m just being sarcastic!” The anger that I have about my brother’s death changes on a day-to-day basis. Sometimes I’m angry, sometimes I’m able to put his death in context and look at it from a broader societal standpoint. And other days I wake up and I really am pissed that the person who killed my brother got away with it, didn’t even stand trial. How much work we have to do to stop reflexively moving to violence as a way to solve just about everything, is really what the anger gives way to when I talk to people. Why did that situation end with violence?

What’s it been like releasing the film through Netflix?

When you work on something for so long, so much of it is about keeping your head down and not giving up, not knowing really who’s going to want to see it. When Netflix saw the film at Sundance last year, they ‘got’ it. Talking to Lisa Nishimura [Netflix VP of Original Documentary and Comedy Programming] was like talking to someone who clearly understood our intentions. When we reached an agreement in March, it was like a rocket took off. The truth is that more people have seen the film because of Netflix than would necessarily have seen it with another distribution model. We weren’t getting bites from theatrical distributors. People didn’t seem to know what to do with the film.

Did you want a theatrical release?

We are doing community screenings all over the country with Netflix anyway. Theatres that play movies like mine aren’t located in neighbourhoods like the one I grew up in. People can’t afford a $20 movie ticket. Most people that I know have one friend with a Netflix account, and seven profiles. There’s a level of economic levelling that Netflix achieves that isn’t achievable any other way. I saw somebody watching my film on their phone on the subway!

First it made me feel weird, like, ”Oh my god, I have to move!” But then I was like, this is actually the point. This might be the only time this guy has in his day to watch a film, and he has chosen to watch mine, and goddamn it, that makes me happy. We have to stop acting as if cinema is not also a matter of economics. If you can have both, great. I love the screenings that we’ve done. But they don’t have to be mutually exclusive, because if you insist on a theatrical-only model, you’re essentially saying, ”Yes, I want to have an exclusive place where only certain people who can afford it and have access to cinemas will see my work”, and I’m not willing to do that.

Netflix are famously very private with their data. Is that difficult for you as a filmmaker?

I honestly don’t spend that much time thinking about the privacy of their data. Everyone plays with numbers, everyone puts the best foot forward, everyone aggregates audiences over the course of a year as opposed to the night of broadcast. The truth is there isn’t a single outlet that does not manipulate their audience data in some way. I measure how well the film is doing by the number of people who reach out to us on social media, and in other places, to be in touch. I’ve heard from people that my mother taught in the 60s, I’ve heard from former students of hers when she ran the school on Rikers Island, I’ve heard from old classmates of my brother who didn’t know he was dead, I’ve heard from almost every kid that I was in the second grade with.

You are the first openly transgender man to be nominated at the Oscars. Do you ever feel you’re made to justify your identity?

That’s not been my experience. What it must be like to be an actor in Hollywood is probably different than being a director. It’s new to the broader world, but it’s not to me. Anybody that I’ve worked with since 2002, perhaps my identifying as transgender is a surprise to them but I’ve never conformed to my gender; my gender identity frankly isn’t new in my life and in my personal space. Each transgender person’s journey in their transition is different, but when I took steps in my transition that made it ‘really’ obvious, then people were like ‘Oh!’ Or when I changed my pronoun and I asked people publicly to change my pronoun. But my pronoun was ‘he’ in the entire edit! So it’s kind of funny that – actually, this is kind of my life.

I think that the doc branch actually is leading the way in terms of diversity and plurality and representation and inclusiveness. Hopefully the broader Academy sees that it’s actually not as hard as you think, it just requires looking beyond your immediate cast of characters. Those folks are at SXSW, and Sundance, and True/False, and Tribeca – that’s where you find new voices, that’s where you find new talent. It’s not that hard.

What has the response been like for you from the LGBTQ community?

Incredible. If reporting on me as the first transgender director, and the first African-American transgender director makes one kid somewhere feel more at home in their body, and more at home in their skin, then I’m actually happy to lead with that. And I’m also the generation that took queer back. People have been like ”Don’t call yourself queer!” And I’m like ”Fuck yeah I’m calling myself queer, what the hell are you talking about?!” So I’m happy to be that, because people need that, and I think with race it’s a bit different. We’re such a homophobic society, we’re such a transphobic society, that I’m proud to stand up there.

I’m definitely not going back to producing or being a programmer. I loved my ten years but…I’m a director. I’m working on a short film for Field Of Vision that’ll come out in the spring, I’ve got another two ideas, for a short doc and for a short narrative, and then after that I’m looking to have more of these famous ‘conversations’ that happen in LA. You talk about stuff and then when you get specific people are like ”Oh! Well, the next time we meet…” I’m like ”I’m sorry, I’m from New York. Are we going to do this or not?! Can we get on with it? I’ve got work to do!”