The growing value of micro-budget films

Lady Macbeth and The Levelling, each made for around $600,000, are two of the most critically lauded UK films of the year. Has the stigma of micro-budget film-making finally disappeared? 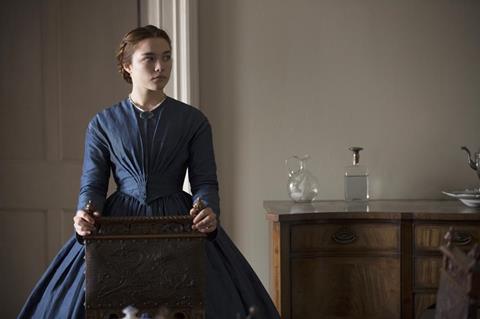 At Toronto this year, there was a clamour among agents and buyers about a new, previously unheralded UK film by a debut director. Lady Macbeth, directed by William Oldroyd, is a period movie made for less than $620,000 (£500,000) and yet it was among the most coveted titles in the market.

Roadside Attractions quickly snapped up US rights. But many buyers did not realise this film was made through iFeatures, one of two micro- to low-budget schemes - along with Film London’s Microwave - that were previously regarded with a fair degree of scepticism by the UK film industry.

“What was thrilling for us was to see how, in a festival like Toronto that has 150 new films, Lady Macbeth was one of the very few talking points,” says Mike Goodridge, chief executive of sales agent Protagonist Pictures.

Oldroyd was swiftly signed up by WME, there was huge interest in the film’s star, Florence Pugh, and international buyers all wanted to know what Oldroyd, writer Alice Birch and producer Fodhla Cronin O’Reilly were going to do next.

Two-and-a-half years earlier, Cambodia-born, UK-based director Hong Khaou’s Lilting, a gay-themed drama made for Microwave and starring Ben Whishaw, had been similarly feted in Sundance and Berlin. It went on to sell to 15 territories, including a deal with Strand Releasing for the US. Khao was signed by CAA in the US.

This was not the prevalent opinion when Film London first launched Microwave at the encouragement of veteran producer Sandy Lieberson in 2007.

Adrian Wootton, chief executive of Film London, recalls the response of other funding bodies at the time: “[They said] ‘You won’t find any film-makers we haven’t already found. If you do find a film-maker, they won’t be able to make the film on that budget. The money will run out. They won’t be able to do it. Even if they do it, it won’t be any good and even if it is any good, nobody will want to see it,’” he says.

“There was an enormous amount of scepticism from both the public and private sector when we began.”

There were similar misgivings about iFeatures when it was launched as a south-west England-based production initiative by South West Screen and BBC Films in 2009.

“When iFeatures was originally conceived, it was very much as a development plan rather than, ‘Let’s make three feature films.’ It was all about the process of developing your first feature,” says Caroline Norbury, the then-chief executive of South West Screen, now the chief executive of Creative England.

“The objective was to develop the talent rather than necessarily to make something that was stand-out stunning.”

This has long been the tension at the heart of the schemes. Are they on-the-job training opportunities and talent showcases or genuine production initiatives? Increasingly it seems the distinction does not matter.

“I always regarded iFeatures as like The X Factor. It was like a knockout competition,” says writer-director Rachel Tunnard, who developed her project Adult Life Skills through the scheme. Although she did not make it into the final three, Tunnard says her experiences were positive and helped her to eventually get the film into production with backing from Creative England.

Significantly, the iFeatures initiative has survived intact after a turbulent period of budget cuts and redundancies at Creative England. It is now overseen by Brek Taylor, head of film at Creative England, and unveiled its fourth development slate of eight features in November. Three of these will be taken forward into production in 2017.

Producer Olivier Kaempfer, managing director of Parkville Pictures, has experience of Microwave and iFeatures. He describes them as a shop window. “As a film-maker, you know the industry is keeping an eye on what’s coming through,” Kaempfer says.

The teams behind recent iFeatures successes Lady Macbeth and The Levelling balk at the suggestion their films are mere calling cards; they are serious film-makers who want their work to be treated on its own merits.

Hope Dickson Leach is the writer-director of The Levelling, which premiered at Toronto and went on to win the inaugural $60,000 (£50,000) IWC Filmmaker Bursary Award, presented in association with the BFI.

She says working on such a tight budget gave her creative freedom. “It meant you didn’t have the commercial constraints and expectations on the project. It could be much more personal,” she says. “Your voice could be in it in a way that maybe if you were making something with heavy expectations from financiers, it wouldn’t be.”

That freedom extends to distributors too.

One early Microwave title, horror film Mum & Dad (2008), broke new ground in the UK when distributor Revolver gave it a multi-platform release, putting it out on 16 screens and making it available on DVD at the same time. The film was not a huge box-office success and some exhibitors cried foul about the way it ignored traditional release windows.

Both iFeatures and Microwave have also set out to broaden the base from which film-making talent is drawn. This is not about paying lip-service to the idea of diversity, but to break what Mia Bays, a former creative producer at Film London for Microwave, describes as “the homogenised clutter” of white, male, middle-class film-makers in the UK.

“What Microwave does is to take people who are not largely from film schools, who are more self-taught,” says Bays. The one regret she has about the eight films she helped nurture in her time is that only Frances Lea’s Strawberry Fields (2012) was directed by a woman.

Indeed, the majority of iFeatures and Microwave films are still made by white, male directors. But Bays argues the drive to find new talent in front of and behind the camera from “socioeconomically deprived backgrounds, black, Asian and minority ethnic” has been at least partially successful.

Microwave can point to Riz Ahmed, a bona fide movie star who cut his teeth in Microwave movies Shifty (2009) and Ill Manors (2012) and now has credits that include Nightcrawler, Jason Bourne, Rogue One: A Star Wars Story and HBO/BBC series The Night Of.

But in spite of the critical successes, the schemes are yet to yield any real box-office hits. Nor have directors been able to move easily onto making their next features. They may have secured agents and received development backing but there is often still a long hiatus between a debut and a second film.

“It is very hard to sustain a career,” says Bays, who strongly believes similar schemes should exist for second and third features too. “It doesn’t make sense to put a lot of public funding into particular people and then stop. It’s absurd to expect every director to find his or her voice on a first feature.”

What both schemes provide is a bridge between short-form and feature film-making.

Thanks partly to Netflix and Amazon, the notion films should be valued in the marketplace by how much they cost rather than their inherent quality is disappearing.

One sign of the schemes’ success is that they are being replicated internationally. Microwave has been used as a model in Australia and New Zealand and there is talk of a Dutch version.

Film London has helped launch Microwave-style training schemes in Croatia, Sweden, Indonesia and Georgia, and there are Microwave International schemes in Malta and India. Film London is also working with Indian outfit Cinestaan on Bornila Chatterjee’s Microwave project The Hungry.

A decade on from the launch of Microwave and almost eight years after iFeatures’ inception, the schemes are taken seriously by financiers, distributors and sales agents. As Protagonist’s Goodridge puts it: “You don’t look at cost any more, you look at value.”

Microwave and iFeatures: how they work

iFeatures is backed by Creative England, the BFI, BBC Films and Creative Skillset.

The schemes place heavy demands on film-makers who have just three or four weeks to shoot their features.