The lowdown on all the Cannes 2022 titles 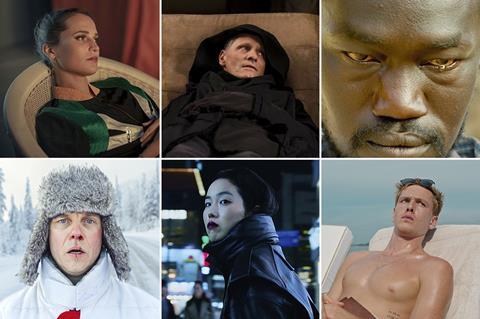 Clockwise L-R: ‘Irma Vep’, ‘Crimes Of The Future’, ‘The Dam’, ‘Triangle Of Sadness’, ‘All The People I’ll Never Be’, ‘The Woodcutter Story’

The wheel has turned full circle following a 2020 when Cannes Film Festival had to settle for applying the Cannes label to a selection of titles, and a 2021 physical edition that moved to a July slot and unfolded under strict Covid-19 protocols. Cannes 2022 has returned to the original formula: in May, in person, and with an anticipated large physical attendance.

Also back are the big Hollywood movies. Playing out of Competition are Baz Luhrmann’s Elvis (from Warner Bros), Joseph Kosinski’s Top Gun: Maverick (Paramount) and George Miller’s Three Thousand Years Of Longing (MGM has US rights). The presence of ‘exceptional tribute’ recipient Tom Cruise, in particular, will broaden global media attention on the festival.

Screen International’s daily print editions will — as usual — include our popular Jury Grid page, combining scores from our panel of critics for titles playing in Competition. Last year, the grid was won by Ryusuke Hamaguchi’s eventual awards contender (and best picture Oscar nominee) Drive My Car. Considering the 2021 Cannes Palme d’Or winner — Julia Ducournau’s Titane — failed even to make the international feature film Oscar shortlist of 15 titles, despite being submitted by France, affirmation on the Jury Grid will likely once again prove a stronger indicator of post-festival awards success.

This year’s Competition offers 16 films directed by men, four by women and one by a male-female team, and includes titles from former Palme d’Or winners Hirokazu Kore-eda, Ruben Ostlund, Cristian Mungiu and the Dardenne brothers as well as former grand prize recipients Park Chan-wook and David Cronenberg. As a symbol of Cannes’ collision of auteur credentials and Hollywood glamour, Cronenberg’s Crimes Of The Future — which takes inspiration from the director’s 1970 film of the same name, and should bring Kristen Stewart, Léa Seydoux and Viggo Mortensen to the red carpet — seems notably apt.

Cannes delegate general Thierry Frémaux has included titles from both Ukraine (Sergei Loznitsa’s The Natural History Of Destruction and Maksim Nakonechnyi’s Butterfly Vision) and Russia (Kirill Serebrennikov’s Tchaikovsky’s Wife) in official selection, and makes no apologies for the latter choice. Serebrennikov, a dissident now living in exile in Europe, was previously unable to attend Cannes due to a travel ban, and will this year make his first appearance, accompanying his third film selected for Competition.

This year represents the 75th edition of Cannes, but the festival is dialling down the jubilee moment. “For the 75th anniversary, we don’t want to look back — we want to look at the future of cinema,” Frémaux told Screen. We hope our capsule previews of the 104 films playing in official selection, Directors’ Fortnight and Critics’ Week collectively provide an essential road map to that future.