The Beijing International Film Festival (BJIFF) has unveiled the 15 competition titles and four gala premiees that will screen at this year’s edition (April 16-23), including opening film Maraviglioso Boccaccio, directed by Italian auteurs Paolo and Vittorio Taviani. 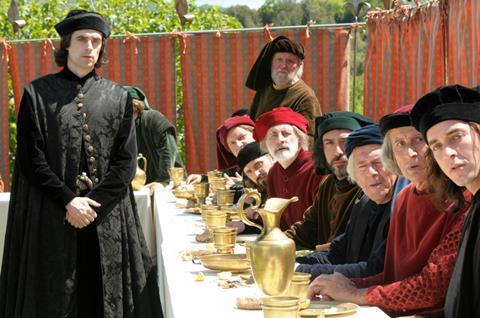 The Tiantan competition section include two Chinese titles – Tsui Hark’s The Taking Of Tiger Mountain and Jean-Jacques Annaud’s China-France co-production Wolf Totem – along with films from 13 different countries that will screen as a world or international premiere at the festival.

The selection committee made their choices based on a pre-selection of foreign titles proposed by BJIFF general advisor Marco Müller, along with his team of consultants, coordinated by Chen Zhi-heng.

“This line-up reflects the goals and commitments of BJIFF, to screen and celebrate world and international premieres of diverse, cutting-edge international cinema,” said Muller.

“We are happy that in 40 days we have confirmed the strategic importance of BJIFF by raising the international awareness ‎for the festival: directors and producers responded enthusiastically by sending their brand new films to the festival.”

The Tiantan competition films, which are are eligible for awards in ten categories, were selected from close to 1,000 submissions from over 90 countries. The competition and gala films will screen in the newly refurbished Oriental Theatre, hosted by the BJIFF Organising Committee, with filmmakers and cast in attendance to present their films.