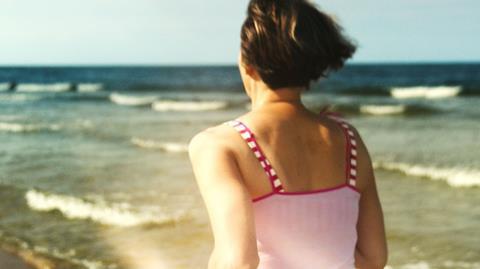 Karolina Bielawska’s Call Me Marianna was the big winner at this year’s Krakow Film Festival (May 31 - June 7) with four awards, including the International Documentary Competition’s main prize, the Golden Horn, and the Audience Award

Bielwaska’s film about a man’s decision to undergo gender reassignment also picked up the Maciej Szumowski Award for remarkable social awareness, funded by the National Broadcasting Council; and Polish Audiovisual Producers Chamber of Commerce’s Award for the Best Short and Documentary Films Producer in Poland to producer Zbigniew Domagalski of Studio Filmowe Kalejdoskop.

The International Documentary Competition jury, headed by Wieland Speck of the Berlinale’s Panorama, remarked on the “sensitive, intense and complex portrayal of a brave approach to life”.

The jury also noted that “the journey through life from man to woman in a dualistically dominated culture, the transformation from being a family man to the finally self-determined life as a woman throws an analytically inspired light on our society and unlocks the protagonist’s extraordinary inner strength”.

Young Polish women directors were also the winners of another two of the all-male jury’s prizes.

The Silver Horn for the director of the best medium-length documentary film went to Aleksandra Maciuszek for her Polish-Mexican co-production Casa Blanca which also received the Golden Hobby Horse for Best Film from the National Competition jury.

“The film addresses the subject of the outsider confronted by prejudice and rejection from an often hostile society with a universal dimension,” the International Jury said in its motivation.

The Silver Horn for the director of the best feature-length documentary film was presented to Agnieszka Zwiefka for her feature-length debut The Queen Of Silence about a deaf Roma girl’s passion for Bollywood movies.

The International Jury pointed out that “the issue of a minority within a minority was presented in such a refreshing and entertaining way, lending even more weight to its universal relevance” and recommended the film – which is handled internationally by Deckert Distribution - “especially to young audiences”.

In addition, the Polish Society of Cinematographers Award for the Best Cinematography went to the film’s two DoPs Aleksander Duraj and Armand Urbaniak.

Other awards presented at the weekend’s closing ceremony attended by such leading figures of Polish cinema as veteran director Andrzej Wajda and outgoing Polish Film Institute chief Agnieszka Odorowicz included the DocFilmMusic Competition’s Golden Heynal trophy to director Brett Morgen for Kurt Cobain: Montage Of Heck and a special jury mention to Berlin-based Iranian director Ayat Najafi for No Land’s Song, as well as the FIPRESCI International Critics Prize to Shoulder The Lion by Patryk Rebisz and Erinnisse Rebisz.

The festival’s Industry Zone was also featured in the prize-giving when Doc Lab Poland distributed awards to projects pitched in development (Docs to Start) or at the rough cut stage (Docs to Go) to potential financiers, distributors and festival programmers during the week.

Producer Agnieszka Wasiak of Lava Films received the Krakow Film Cluster Award for Piotr Stasik’s 21 x New York, while an honourable mention was given to  Ewa Podgórska’s Diagnosis as “the project which has developed the most during Doc Lab Poland” and awarded a whole year’s artistic guardianship by DOK Leipzig through the festival director Leena Pasanen and programmer Rada Sesic.

Moreover, festival director Krzysztof Gierat revealed during the awards ceremony that, as of this year, the Krakow Film Festival is submitting recommendations of films to be considered for nominations to the European Film Awards held in Berlin in December.

The three titles being submitted are: the festival’s opening film The Dybbuk. A Tale of Wandering Souls, Call Me Marianna and Unstoppables.

A full list of the winners at the 55th Krakow Film Festival can be found at www.krakowfilmfestival.pl/en

Lithuanian cinema is to be put in the spotlight at three Polish film festivals this year.

A start was made last week with Krakow’s Focus on Lithuania with a sidebar of 15 documentary and short films and a roundtable discussion.

The Lithuanian Film Centre (LFC) is one of the initiators of the first airport cinema, Film Box LT, in the Eastern and Northern Europe, which was launched at Vilnius Airport last week.

Liana Ruokytė-Jonsson, the LFC’s Head of Film Promotion, Information and Heritage Department, told Screen during her visit to Krakow last week that the films are shown with English subtitles and there are plans to extend the programme to include films from outside of Lithuania in the future.

Film Box LT is located in the renovated departure area of Vilnius Airport next to the gate A2 and shows films are shown from the first to the last flight of the day.