'Death Of Louis XIV', 'One Week And A Day' win top prizes in Jerusalem 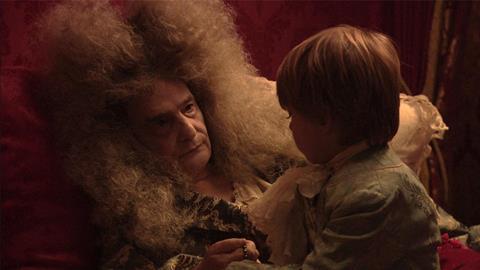 The 33rd Jerusalem Film Festival, which wraps on Sunday, has awarded its top prizes to The Death Of Louis XIV by Albert Serra (best international film), One Week And A Day by Asaph Polonsky (best Israeli feature), and Dimona Twist by Michal Aviad (best Israeli documentary).

The international jury was comprised of Cornerstone Films’ Alison Thompson, Icelandic director Grímur Hákonarson, and Israeli director Talya Lavie, who praised Serra “for creating a bold and distinctive chamber piece in a beautifully detailed world. For its stunning set design and cinematography that captures its period brilliantly. For creating an intimate and moving look at the sunset of a great figure in history.”

An honourable mention went to Tobias Lindholm’s A War.

The Death Of Louis XIV wins the $20,000 cash prize for the festival’s new international competition, supported by the Wilf Family Foundation. JFF artistic director Elad Samorzik said: “Along with making sure these essential films get seen here, we want to open up a larger space for these works and filmmakers in terms of distribution and overall exposure in Israel. It’s been a great launch for the section and we are looking forward to another rich line-up next year.”

The Israeli competition jury comprised of Andreas Sinanos, Azize Tan, Boyd van Hoeij, Esther Hoffenberg and Asi Levi praised Polonsky “for a constant and impressive command of tone and his fine work with a small cast – this young director displays a surprising maturity.”

The Haggiag Award for Best Israeli Feature Film (120,000 ILS) - One Week And A Day, directed by Asaph Polonsky and produced by Saar Yogev and Naomi Levari

The Anat Pirchi Award for Best First Film - One Week And A Day, directed by Asaph Polonsky and produced by Saar Yogev and Naomi Levari

The Anat Pirchi Award for Best Script - One Week And A Day, written by Asaph Polonsky