Other winners include Venice title Why Hast Thou Forsaken Me and documentary Rabin In His Own Words. 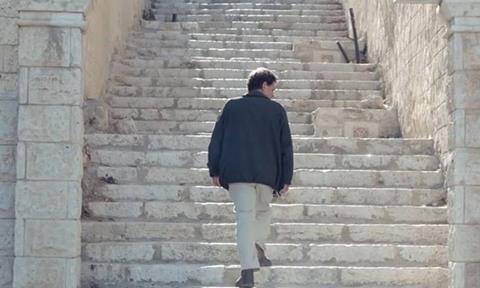 Screened earlier this year in Cannes’ Special Screenings section, the film is a metaphor of Israel today, focusing on two characters, one going up and the other down the staircases crisscrossing Haifa’s Mount Carmel and was entirely shot on location in the city.

Back from Venice’s Horizons section, Why Hast Thou Forsaken Me (Lama Azavtani), a gloomy portrait of a city slum and of a teenager living on the fringes of society who desperately tries to find his own identity, gained director Hadar Morag the First Feature Award.

Best documentary was won by Erez Laufer’s Rabin In His Own Words, a composite of footage covering the life of Israel’s late Prime Minister who was assassinated 20 years ago.

Two mentions were given to for Tirza Attar – A Bird on the Room by Ari Davidovitz dedicated to the memory of the late poet and lyricist, and P.S.Jerusalem by Danae Eilon, an intimate portrait of the director and her family during a three years stint in Jerusalem.

The competition for International Cinema - renamed this year as the Carmel Award - went to Jose Luis Rugeles Alias Maria with a special mention for Naomi Kawase’s An.

Recently deceased Polish director Marcin Wrona was awarded in the “Between Judaism and Animation” for Demon.