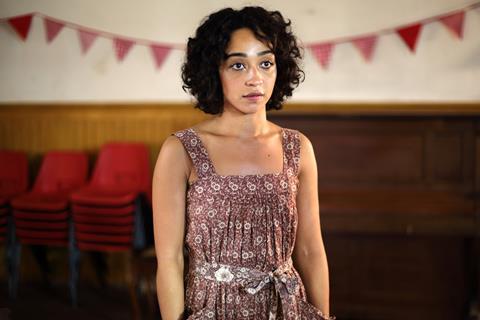 The 69th Edinburgh International Film Festival (EIFF) is to close with the world premiere of Scott Graham’s Iona on June 28 at the Festival Theatre Edinburgh.

Graham said: ‘I discovered many films and filmmakers at the Edinburgh International Film Festival. Edinburgh was my home all through my twenties and it was in venues like Filmhouse and the Cameo where I learned the value of the stories we tell and the emotions we share.

“I’m thrilled Iona will have its premiere here and doubly thrilled it will close the Festival. What an honour.’

Part coming-of-age story and part returning-home drama, the film is set against the backdrop of the Hebridean island of Iona. Named after her birthplace, Iona (Negga) returns to the island with her teenage son to seek refuge from a violent crime in Glasgow.

Iona’s return exposes her tormented son Bull to a way of life she rejected when she left the island as a teenager and sends a shock wave through the family she left behind.

Iona is produced by Margaret Matheson and co-produced by Gunter Hanfgarn. The film is executive produced by Christopher Collins, Lizzie Francke, Ian Davies and Rebecca Long and is set for release in the UK later this year.

The film is co-financed by the BFI and Creative Scotland.