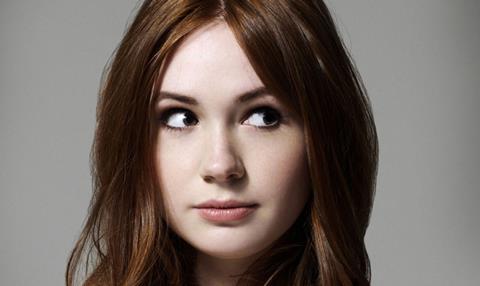 Doctor Who and Guardians of the Galaxy star Gillan will see her dirctorial debut - short film Coward - screened at the Festival.

US director Berg’s films Prophet’s Prey and Every Secret Thing will screen at EIFF while Alverez will see his feature, The Stanford Prison Experiment, shown at the Festival.

Wells stars in Black Mountain Poets, 45 Years and Doll & Em 2, all showing at this year’s festival.

Other awards include The Student Critics Jury Award; The McLaren Award for New British Animation; and the EIFF Audience Award.

This year’s Festival will also be attened by guests at screenings of their films including Robert Carlyle, Ashley Jensen, Kevin Guthrie, Brian Pettifer, Martin Compston, James Cosmo and Tom Courtenay among the guests for the opening night world premiere of The Legend of Barney Thomson; while Ruth Negga will be attending with other guests from the film for the closing night world premiere of Iona.

As well as taking part in an In-Person on-stage interview with broadcaster Edith Bowman, actor Ewan McGregor, with director Rodrigo Garcia, will also introduce his new film Last Days in the Desert.

Alexander Skarsgård and Bel Powley will be in Edinburgh for the UK premiere of drama The Diary of A Teenage Girl, while German director Oliver Hirschbiegel (Downfall) will attend the screening of his new film 13 Minutes.

Model and actress Sophie Kennedy Clark will attend for The Marriage of Reason and Squalor and Stephen Tompkinson and Keith Allen will attend with their film Hector.

Emily Mortimer, Alessandro Nivola and Dolly Wells will attend a special screening of the full season of their TV series Doll & Em, while actor Denis Menochet (Inglourious Basterds) will attend the UK premiere of Norfolk.

Singer/songwriter (and sometime actor) Fish, from rock band Marillion, will be in town for the premiere of documentary Polska.

As previously announced, the Asian Film Awards Academy will present an In Person event with director Johnnie To.

Malcolm McDowell, Neil Innes and Jane Seymour will also present In-Persons at the Festival, and cinematographer Seamus McGarvey will be in conversation with two-time Oscar winner Haskell Wexler.