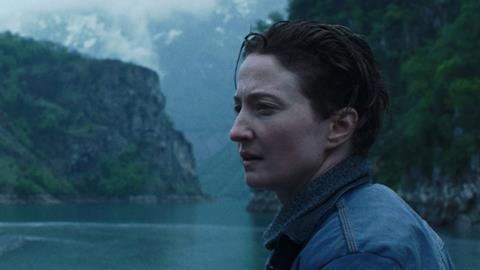 The Italian-Albanian co-production is a socio-political and magical tale about a girl from the Albanian mountains who escapes a life of servitude by pledging her eternal virginity in return for a male body. Bispuri collected the award at the HKIFF awards gala on April 3, which included a screening of Tsui Hark’s The Taking Of Tiger Mountain.

In the same competition, Chinese director Xin Yukun’s The Coffin In The Mountain received a Special Mention, while Kafka-esque fable K, directed by D.E. Bulag and Emyr ap Richard, picked up the Jury Prize as well as the FIPRESCI award. The Mongolian production was produced by Jia Zhangke.

The Firebird Award in HKIFF’s Documentary Competition went to French director Anna Roussillon’s I Am The People, which explores Egypt’s political drams from the fall of Mubarak to the rise of Morsi. Meanwhile, the Jury Prize was awarded to Chinese filmmaker Du Haibin’s A Young Patriot.