UK in Focus goes behind the scenes of the UK film and television industry, and includes a foreword by Sir Ridley Scott. 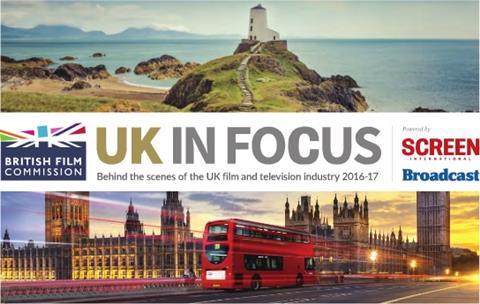 The British Film Commission has launched a new magazine at Cannes Film Festival in partnership with MBI, the publisher of Screen International and Broadcast.

UK in Focus showcases major upcoming productions across the UK’s regions and nations, spotlighting areas of excellence in the country’s infrastructure and skills base.

Sir Ridley Scott, the British director of Alien, Blade Runner and The Martian, wrote the foreword for the publication, in which he said: “UK in Focus profiles just a few of the areas in which the UK excels: highlighting the emerging British talent of whom we’ll be seeing more in the future, showing major feature and television titles produced in the UK and speaking to some of the British individuals and companies that have made it all happen – including the British Film Commission whose support I have relied on more than once.”

Adrian Wootton, chief executive of the British Film Commission and Film London, said: “It has been a real pleasure working with our new partners, MBI. We have collaboratively produced a publication with genuinely interesting content which also showcases the breadth of skills, facilities and talent on offer throughout the UK.”

The magazine includes features such as: