Stations of the Cross director returns with a Neo-Nazi satire, which plays in competition at the Karlovy Vary International Film Festival. 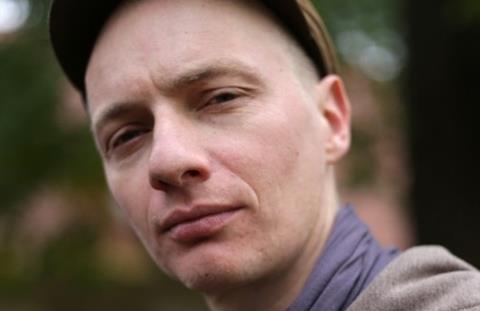 German director Dietrich Brüggemann will come to the 2015 edition of Karlovy Vary with the manic farce/satire Heil.

Receiving its international premiere in the festival’s International Competition, the film sees a group of Neo Nazis managing to kidnap an Afro-German author who is suffering amnesia after a blow to the head.

As he mindlessly parrots their fascist propaganda, they trot him out on TV much to the chagrin of the liberal intelligentsia. But action is soon called for and the group head for Poland to start an invasion and usher in a new age. Will anybody be able to stop debating round in circles to actually try and stop them?

This knockabout comedy represents a marked difference from the austere style that typified Brüggemann’s previous film, the Silver Bear winning Stations of the Cross. Gloriously politically incorrect, with a streak of righteous anger, Heil will definitely provoke interesting reactions when screened domestically and abroad.

Screen caught up with Brüggemann to ask him about controversy, satire and a world gone mad

When did the idea of doing a satire / farce come to you?

It started three years ago. A scandal involving a Nazi trio surfaced in Germany, which had all the elements of a grotesque, so I figured: This is life imitating art, so let’s update art.

Every time people do a satire about a controversial subject there’s a distinct possibility that you’ll have to defend yourself. Did you steel yourself for this or just think ‘whatever will be will be’?

First I tried to gear up for controversy, then I changed my mind and now I think: “Whatever.”

For me a large part of the energy of the film comes from anger: at ineffectual organisations, stupid ideology and everything else in between. Do you think that’s true?

Yes! It is! The world has gone mad. Maybe it has always been that way. But I guess every time has its own ways of madness, and as filmmakers, we should deal with what we witness.

When you say the ‘world has gone mad’ is there a certain frustration there? There seems to be an idea of constantly going round in circles. One person will say another, another person will say something else and there’ll never be a consensus reached and the only thing left is to make fun of the ridiculousness of it all.

You took the words right out of my mouth. In the middle ages, Satan was a constant threat, people were horrified of him all the time, and saying one wrong word could conjure him. Mad, from our perspective. But I guess we still have something similar, some Satan, that shall not be named. And we have the internet.

Did your views change at all when creating and shooting the film? Or was it a simple form of catharsis, venting some of your ideas on screen?

The whole thing felt like creating a monster, but a cathartic monster indeed. It’s like a demon that you blow up to huge proportions, then go ahead and kill it in public. Through the whole process of writing, however, I was more or less convinced that nobody would ever finance this in Germany, and I was doing it for my own solitary pleasure. Shooting, later on, was just a matter of racing through a deadly schedule of 30 days, with no time for second thoughts.

You said you were convinced no-one would fund the film. Was it a struggle to get the finance or were you surprised when people came on board? How supportive have the funders been?

First, I didn’t even approach anybody, but wrote for myself. Then we won the Silver Bear for “Stations of the Cross”, and I knew we had a chance. If you think of the film business as a computer game (there are certain similarities), an award like this promotes you to the next level, and your avatar gets a big new weapon, but you can only fire that weapon once. Financing still wasn’t a walk in the park, people were sceptical, two funding bodies approved, one didn’t, so we still were short on money.

If there’s an idea that the film is some sort of catharsis, do you think the film will make any kind of difference to people’s thinking or do you feel you’re shouting into the void somewhat?

I hope it could. I fear it won’t. But I do feel that satire has the capability to move around the furniture in your head. There are certain types of things on TV that I will never be able to take seriously anymore, because Monty Python already made fun of them 40 years ago.

Were you influenced by the likes of Lubitsch, Wilder et al? The kind of people who would take extremely serious subjects to seemingly ‘make light’ of them yet actually finding something profound to say just from a different angle

Oh yes. And this is a tradition that has been cut off in Germany, for reasons we know, and we haven’t been very funny people, ever since.

I’d like to ask about casting the film. How did people react to the subject of the film and how much gusto did they have in approaching it?

Some didn’t get it. Most did. I didn’t to screen tests, I rarely do, I just approached the actors that I felt were right for the part, and offered it to them. However, many actors in the film aren’t really actors, but fellow directors, musicians, or just people I knew. I developed a habit of casting non-actors because I feel it makes the film richer, and gives us a wider scope on the huge variety of humans out there.

What are you hoping for at Karlovy Vary were Heil will be playing during the 50th Anniversary of the festival.

I love that festival. I love that audience. I generally love eastern Europe, for many things, but also for the sense of humour people have here. So I hope that we’ll be able to honour that anniversary in all dignity. And also that other anniversary, 70 years since that horror movie my country invited its neighbours to ended in 1945. By the way, add 70 to 50 and we get 120 years, which takes us back to 1895 and the brothers Lumière! I’ll try to figure out the meaning in there, but right now I just hope for a couple of laughs and a maybe a friendly nod in the end.

What do you have planned for your next project?

I actually have a script in my drawer which is set in California and deals with old men who catch up on drug abuse. I guess that would be an indie comedy, but who knows if I ever get that made (or get the second draft on paper). Modesty and a sense of reality, however, tell me that I’ll be shooting a very low budget music video in July. Then maybe a horror movie on the German “Autobahn”. Or return to the tableaux style of “Stations of the Cross”, but make it into a comedy. I’m actually half a musician, and after scoring “Heil”, I feel like just making music for a while, so maybe that’s my next project.