Israeli director was last at Cannes in 2008 with Waltz with Bashir. 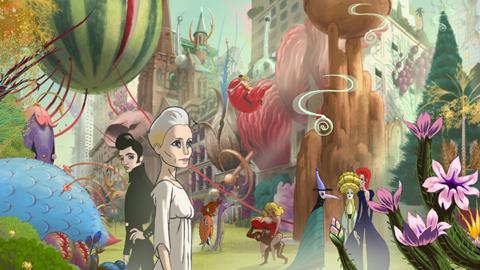 Ari Folman’s highly anticipated The Congress will open Directors’ Fortnight, the parallel section has announced via its official twitter account.

“The Congress from Ari Folman will open the 45th Fortnight!,” tweeted the sidebar from its @quinzaine twitter account.

The Congress is an adaptation of Polish writer Stanislaw Lem’s sci-fi novel The Futurological Congress about a Hollywood star — who wants to withdraw from the limelight — who sells her scanned image to a studio for use in future films.

“Illusion, part-realist film, part-fantasy cartoon. The Congress looks at our future and that of the cinema. In this powerful adaptation of Stanislaw Lem’s cult novel, Ari Folman gives free rein to his imagination,” said Directors’ Fortnight artistic director Edouard Waintrop in a statement released afterwards.

Folman was last in Cannes in 2008 with the Oscar-nominated feature-length animation Waltz with Bashir about an Israeli veteran’s memories of his tour of duty during the 1982 Israeli invasion of Lebanon, which premiered in competition.

The Congress is sold worldwide by Match Factory.

Directors Fortnight will unveil its full line-up next Tuesday in the morning (April 23).