Funding cut might hurt international prospects for some arthouse movies. 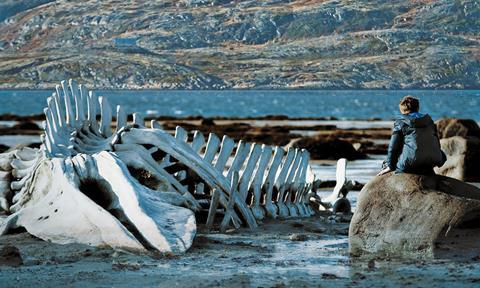 The January 2017 decision by Eurimages to cancel distribution support for countries that are also members of Creative Europe’s MEDIA programme has irked some international industry.

The new regulations mean that only distributors based in Armenia, Georgia, Russia, Switzerland and Turkey will be eligible for Eurimages distribution support.

These are the five Eurimages countries that are not members of the MEDIA programme (Georgia is a member, but not in full capacity).

The changes also mean that majority productions from these five countries will not be able to benefit from distribution support in the remaining 32 territories that are members of both funding schemes.

According to the Eurimages website, in 2016 average distribution funding per film was €7,826 across 92 supported titles.

Although the figure is small when compared to MEDIA’s distribution fund (distribution support in 2016 was €5.2m for 265 films), the chance to get any support for a decidedly non-commercial title from these countries can be a deal-breaker for prospective distributors.

Eurimages executive director Roberto Olla explained the reason for the change to Screen:

“The reason why we decided not to support this category was that the money available for this kind of scheme is so small and in reality most of the countries are moving from Eurimages to MEDIA programme as far as distribution support is concerned. We don’t have the money to support Eurimages-only countries’ films in MEDIA countries.

“The decision was made unanimously by the Eurimages board of management, which includes representatives of all 37 member countries,” he added, stressing that “Eurimages is primarily for co-production. Countries like Germany, Italy and Spain are paying for Eurimages and MEDIA, and they want the Eurimages money to stay for production.”

Polish producer Irena Strzalkowska, who chairs the Eurimages Distribution Support Working Group that drafted the new regulation and which comprises representatives from Armenia, Bulgaria, Macedonia, Russia, Serbia, Switzerland, and Turkey, told Screen: “There were very few requests for support of films from these five countries. If distributors don’t apply, it means there is no interest.”

“There have been some big changes, namely Switzerland left the MEDIA programme and Eurimages had to react,” added Jovan Marjanovic, Bosnia’s representative in Eurimages and head of the Exhibition Support Working Group. “Our distribution support scheme is small and distributors from these [five] countries should be able to benefit from it.”

However, some international industry are troubled by the new regulations.

“In the very competitive French market, it could mean that we might be looking to solely acquire the ‘commercial arthouse pictures’ coming from Russia, Switzerland and Turkey, and no longer the ones that would be too daring,” said French distributor Gilles Boulenger of Zootrope Films, who received Eurimages support to release the Turkish film Lifelong by Asli Ozge in 2015.

“Subsidies are essential to structure a release. They are not just a tool but a means to an end, namely, preserving the diversity of cinema, helping out filmmakers to be known and enhance their recognition outside their homeland,” Boulenger said.

Hans Koenig of Austrian distributor Polyfilms, who received support for distribution of Andrei Zvyagintsev’s Leviathan, said: “We do not really understand this policy. And it is of course not a real stimulation for us to buy films from these five Eurimages-only countries.”

Turkish producer Asli Erdem, whose Song Of My Mother won the Heart of Sarajevo for Best Film in 2014 and was picked up for distribution in several countries with support from Eurimages, told Screen: “Song Of My Mother was seen by some 15,000 people in Turkey, and about the same number in Europe.

“So, with arthouse films we actually treat the European market as importantly as our own.”