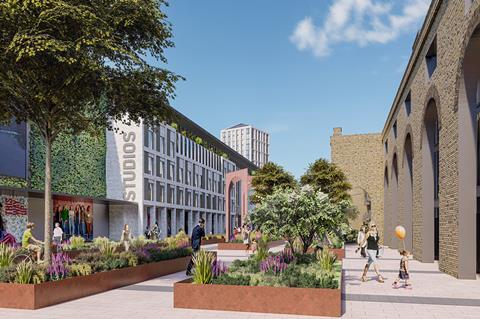 A £250m ($308m) UK film and TV studio development in the Kent town of Ashford in southern England was approved by councillors on Wednesday (April 22).

According to TCDI, the site is set to launch early 2022, with Amazon and Netflix showing an interest in the studios.

The 15-acre site at Newtown Works, which has been abandoned since the 1980s, will be converted into 240,000 square feet of TV and film production space, and be part of a new creative industries cluster in the region. TCDI’s sister company, Time + Space Studios, will operate the site. The project aims to create more than 2,000 jobs.

Ashford is connected with France and Amsterdam, site of Netflix’s European headquarters, via the Eurostar.

Adrian Wootton, chief executive of the British Film Commission and Film London, said: “We are, of course, operating in unprecedented times and the impact of Covid-19 will undoubtedly be felt deeply by screen industries as we work through this ever-evolving situation. Today’s announcement highlights the industry’s commitment to an ongoing strategy to ensure its sustainability, building on the UK’s rich history of attracting filmmakers, nurturing talent and creating world class content.”