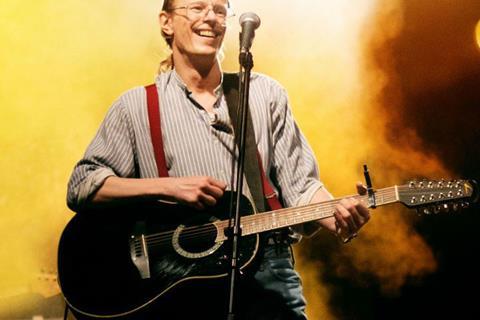 More than €2m ($3.2m) in nomination premiums has been awarded to the producers of the films nominated for best film, best documentary and best children’s film at the 2019 German Film Awards, aka the Lolas, in Berlin today (March 20).

The best film nominees are Andreas Dresen’s Gunderman, Markus Goller’s 25 km/h, Caroline Link’s The Boy Needs Fresh Air, Aron Lehmann’s The Most Beautiful Girl In The World, Wolfgang Fischer’s Styx and Christian Petzold’s Transit. Each of the six producers received €250,000 to be invested in a new film project

In the children’s film category, the producers of the two nominated films - Dennis Gansel’s Jim Button and Luke The Engine Driver and Katja Benrath’s feature debut Rocca - both picked up a nominations premium of €125,000.

The winning producer of best film wll receive both the Golden Lola statuette and a further €250,000 at the ceremony on May 3.  The Silver Lola winnner will receive a further €175,000 and the Bronze Lola winner will take home a further €125,000.

The producers of the winning Golden Lola for best documentary and for best children’s film will be presented with a further €100,000 and €125,000 respectively on the night.

Dresen’s Gunderman led the field with 10 nominations. The portrait of the contradictory life of the digger driver Gerhard Gundermann who made a name for himself as a singer-songwriter in former East Germany before dying aged just 43 in 1998, secured nods including best screenplay, best supporting actress (for Eva Weißenborn), best cinematography and best production design.

The film is produced by Pandora Film which also released it in Germany last August. It garnered a respectable 334,074 admissions and was particularly popular in the former East Germany. International sales are handled by Patrou Spanou Film Marketing & Consulting.

The Lolas are Germany’s biggest film awards. The nomination premiums were handed out by state minister of culture and media Monika Grütters.

At the ceremony Ulrich Matthes, the new president of the German Film Academy, revealed veteran director Margarethe von Trotta, who is behind German classics such aas The Lost Hoonur Of Katharina Blum, The German Sisters, Rosa Luxemburg and Hannah Arendt will be the recipient of this year’s Honorary Lola for her services to German cinema.

Grütters said the Lola for the most commercially successful film by admissions in Germany between December 1 2017 and May 31, 2019 will be awarded to Caroline Link’s The Boy Needs Fresh Air. It has been seen by some 3.4 million cinema-goers since its release by Warner Bros Germany in December 2018.

The 2,000 members of the German Film Academy will now vote for the winners ahead of the ceremony of the 69th German Film Awards in Berlin at the Palais am Funkturm on May 3.

The full line-up of the nominations in the 19 categories can be found at www.deutscherfilmpreis.de