3D animation sells to Poland, Estonia, Russia and CIS, among others. 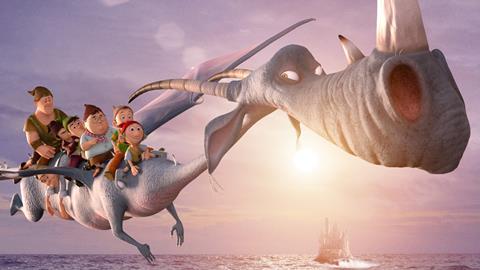 Munich-based Global Screen has announced a raft of deals on its new 3D animation feature, the fairytale comedy The 7th Dwarf.

In advance to its market premiere, the film has gone to Poland (Kino Swiat), Estonia, Latvia, Lithuania, Russia and CIS (all Rekiston Enterprises), and Croatia and the other ex-Yugoslavian states (all Karantinja).

The German release is being handled by Universal.

Global Screen is launching several other new projects in the market. Among these is gay themed comedy drama Coming In from Marco Kreuzpaintner (Summer Storm, Krabat, Trade), starring Kostja Ullmann and Aylin Tezel.

Warner Bros will handle the German release of the film which is about a hip Berlin based celebrity hair dresser who falls in love with the quirky owner of a local hair salon.

Also new on the Global slate are comedy Joy Of Fatherhood, directed by and starring Matthias Schweighöfer, drama Flights Of Fancy from Christian Bach, and Anna Justice’s new version of Pinocchio whose cast includes Mario Adorf and Ulrich Tukur.

Global will be screening a promo reel of Lisa Mulcahy’s English language family drama The Legend Of Longwood. This stars Lucy Morton and Miriam Margolyes.