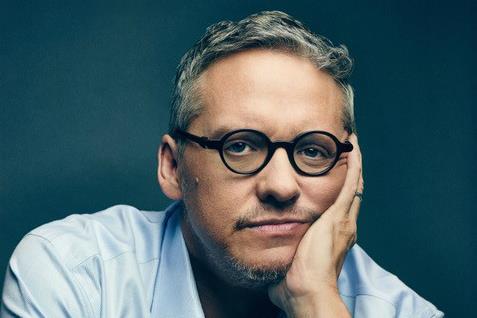 The Big Short writer-director Adam McKay has secured a five-year, first-look television deal with HBO for his new multiplatform production company Hyperobject Industries and has lined up a limited series about the late, disgraced financier Jeffrey Epstein.

Hyperobject will develop content for HBO and upcoming streaming service HBO Max. McKay and his producing partner Kevin Messick will serve as executive producers on the series about Epstein, based on an upcoming book by reporter Julie K Brown. Epstein was found dead in his cell earlier this year following his arrest on sex trafficking charges.

McKay is currently acting as an executive producer on Succession (whose pilot he also directed), the HBO series that recently won two Emmys and the best international series BAFTA. McKay and Messick are also executive producers on a scripted HBO project, whose pilot just finished shooting, about the Los Angeles Lakers basketball team.

HBO programming president Casey Bloys commented: “We are delighted to continue our longtime collaboration with Adam McKay with this new deal. Adam is a uniquely talented director and producer, and we are looking forward to working with him and the team at Hyperobject on many projects to come.”

McKay added: “We’ve worked with Casey Bloys, Francesca Orsi, Len Amato and the team at HBO for years on shows like Eastbound & Down, Fod Presents and Succession. They’re fearless, extremely clued-in and know how to frame and present a show like no one else.”