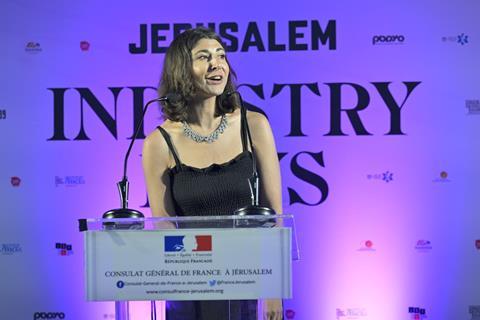 Featuring real artists from the Maltese folk scene, musical Zejtune follows a 30-year-old woman whose life is reinvigorated by an encounter with an elderly troubadour.

The $50,000 award was given to Maltese-US filmmaker Camilleri and his producers Rebecca Anastasi from Malta and Ramin Bahrami from the US.

Zejtune has an estimated $950,000 budget, with $47,350 already in place prior to the Lab through a Malta Film Fund development grant.

Having worked in the editing department including on Bahrami’s 2015 drama 99 Homes, Camilleri’s debut feature Luzzu launched at Sundance 2021, winning a Special Jury Award for Jesmark Scicluna’s acting, with Camilleri receiving the Someone To Watch prize from the Film Independent Spirit Awards later that year.

The Sam Spiegel jury, led by Cannes Critics’ Week artistic director Ava Cahen, said, “This is a project that blends styles and cultures through a musical road trip, offering the audience the discovery of a new world: a neorealistic musical.”

Ayalon’s film, which has €300,000 of a €850,000 budget in place, centres on a middle-aged lesbian couple struggling with the loss of their son, when the biological mother starts the process of contacting his biological father.