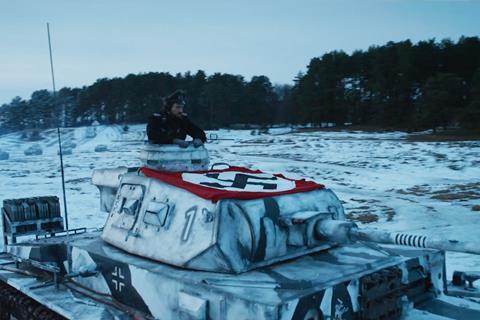 Written and directed by Alexey Sidorov, T-34 in set 1941 during the height of the Second World War. It is about the commander of a T-34 tank who is on a mission to destroy a dozen German tanks all by himself. The film’s producers include Len Blavatnik, Ruben Dishdishyan and Nelly Ya Ralova. The high-profile Russian cast is headed by Aleksandr Petrov, Viktor Dobronravov, Irina Starshenbaum, Vintsents Kifer, and Nikita Kukushkin

Central Partnership is releasing the film in Russia on a very wide 2,000 screens in late December.

In the wake of the AFM, Mars Media is also reporting strong international interest in Sabre Dance, a biopic of Aram Khachaturyan, the celebrated Soviet-Armenian composer who wrote his most famous piece - ballet music Gayane - in the middle of the Second World War. New Select has now taken Japanese rights to the movie.