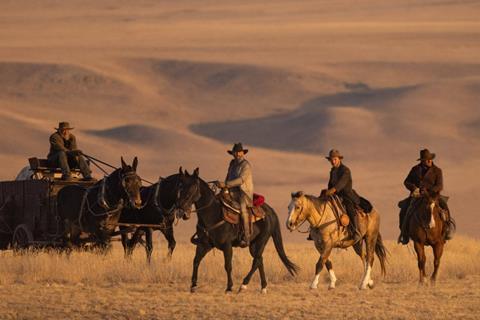 Gabe Polsky wrote and directs the frontier adventure about a Harvard drop-out who heads out West in search of his destiny and joins a team of buffalo hunters led by Miller (Cage). Together they embark on a harrowing journey risking life and sanity.

Polsky and Liam Satre-Meloy adapted the screenplay from the novel by John Williams. Producing are Polsky, Molly Conners and Amanda Bowers of Phiphen Pictures, alongside Will Clarke and Andy Mayson for Altitude Film Entertainment, and Nicolas Cage’s Saturn Films.

“The production in Montana has been an immense effort by everyone involved,” said the producing team. “It could not have been done without the collaboration of the Blackfeet Nation, and the chemistry both in front of and behind the cameras is evidenced by the amazing footage captured. We are confident this will be a special film.”