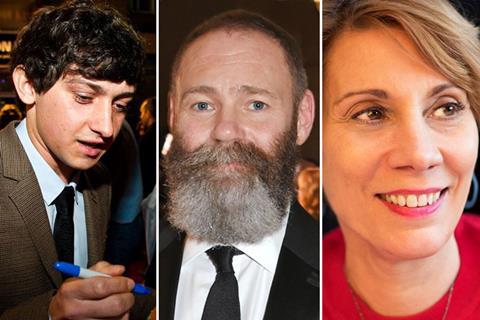 Francis Lee’s drama Ammonite and the Doc Society have received two of the biggest funding awards from the various pots administered by the British Film Institute (BFI)’s Film Fund in the fourth quarter of the financial year 2018-2019, which ran from January 1-April 5, 2019.

Ammonite, produced by See-Saw Films and Fodhla Cronin O’Reilly, and starring Kate Winslet and Saoirse Ronan, is an 1840s-set story of the intense relationship between a female fossil hunter and a young woman. It is now in post-production.

Lee previously made God’s Own Country, which was backed by the BFI with £515,620 in production finance and further amounts to support its sales (via Protagonist Pictures) and UK distribution (Picturehouse Entertainment).

Further BFI production awards this quarter went to Craig Roberts’ second feature as a director, Eternal Beauty (£50,886), which is produced by Adrian Bate of Cliff Edge Pictures; Chino Moya’s tragicomic science-fiction film Undergods (£49,937), which is a co-production between the UK’s Venner Film, Belgium’s Velvet Films and Estonia’s Homeless Bob, and was also backed by Screen Brussels; and Jessica Swale’s Summerland (£14,307), from producers Guy Heeley of Shoebox Films and Adrian Sturges.

Of the awards in Q4 18/19, one of four recipient directors were women. However, across the entire last financial year, of the top 10 BFI production awards given to films, five were directed by women. None of the recipients for production awards were from BAME backgrounds in this quarter, but there was greater representation across the full year. The BFI will publish full statistics for its Film Fund awards in 2018/19 in the coming weeks.

The largest single distribution award (£250,000) was awarded to Altitude Film Distribution to support two of its releases: Jonah Hill’s feature directing debut Mid90s, which has taken £197,529 to date in the UK, and Brian Welsh’s Scotland-set 90s rave film Beats, which is out on May 17.

The BFI Film Fund also awarded two significant grants to the Doc Society totalling £1.7m. That figure is in line with the increased funding commitment from the BFI to the initiative, announced in November 2018, and covers a period of 18 months. Doc Society was awarded the tender to administer a fund to back documentaries, as well as outreach and training initiatives in March 2018, effectively taking over the documentary activities of the BFI Film Fund.