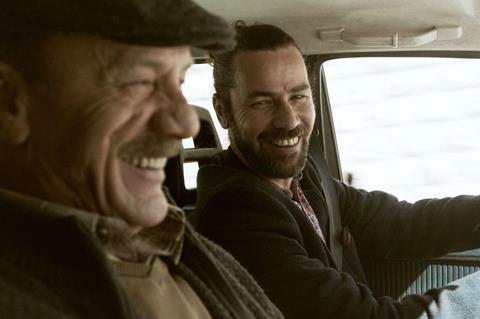 Palestinian director and Un Certain Regard jury member Annemarie Jacir scooped best film and best screenplay for father-son drama Wajib in the second edition of the Arab Critics Awards, which were announced in Cannes on Saturday.

In other awards for Wajib, Mohamed Bakri clinched best actor for his performance as a father personally delivering invitations for his daughter’s marriage as per Nazareth tradition with his estranged son, who has returned home for the wedding.

Mariam Alferjani, a Screen International Arab Star of Tomorrow in 2016, was feted with best actress for her performance in Beauty and the Dogs, as a woman fighting for justice when she is raped by police officers, which premiered in Un Certain Regard in 2017.

In other prizes,  best documentary went to Ziad Kalthoum’s Taste of Cement – about Syrian refugees working on building sites in Lebanon.

Spearheaded by, the Arab Cinema Center (ACC), the critics awards are voted on by 62 film critics from 28 countries.Film Critic Ahmed Shawky, who manages the Critics Awards with the support of ACC’s co-founders Alaa Karkouti and Maher Diab, praised the diversity of this year’s awards which are split equally on gender lines.“It reflects the positive direction taken by the Arab film industry over the past few years,” he said.