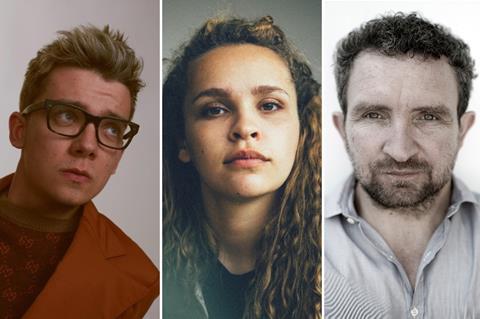 Sex Education’s Asa Butterfield is to star alongside newcomer Iola Evans in horror thriller Curs>r, which Anton will launch at the Cannes virtual market later this month.

UK-based production and finance company Anton is overseeing world sales and is introducing the project to buyers at the Cannes virtual market in association with Endeavor Content, which is co-representing the US.

The story centres on a broke college dropout, played by Evans, who decides to play an obscure, 1980s survival computer game in pursuit of an unclaimed $125,000 prize. But when the game curses her, she is faced with reality-warping challenges and soon realises she is no longer playing for the money but for her life.

Producers are Anton’s Sebastien Raybaud and John Zois alongside Stigma Films’ Matthew James Wilkinson, whose credits include Yesterday, Days of the Bagnold Summer and Amulet. The script was written by Simon Allen, creator of BBC America adventure comedy series The Watch.

Shot on location in London, the film participated in the UK government’s film and TV production restart scheme.

The project was previously at the now defunct short-form streaming platform Quibi, when Ridley Scott was attached as executive producer. He is no longer with the project.