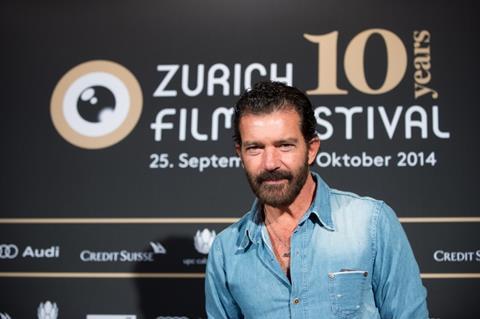 Antonio Banderas is to star in English-language period drama Altamira, which begins shooting in Cantabria, Spain, on Monday (Sept 29).

The Desperado star confirmed his casting at the Zurich Film Festival (Sept 25 - Oct 5), where he is promoting sci-fi film Automata.

The previously announced project has now found its director in Hugh Hudson, the British film-maker best known for 1981 Oscar-winner Chariots of Fire.

The film, based on a script from Girl With a Pearl Earring writer Olivia Hetreed, is being produced by Lucretia Botin and Alvaro Longoria (Che) for Morena Films and Andy Paterson (The Railway Man) for Sympathetic Ink. Laura Bickford is exec producer.

Set in 1879, Altamira charts the story of an amateur archaeologist (Banderas) and his daughter who discover early cave art.

At first celebrated, the family is thrown into crisis following a backlash against them and the prehistoric art, led by the Catholic Church, scientists and other powerful forces.

“Altamira will reflect issues of religion and society. It will be very alive and relevant to today,” he said.

Additional cast and backers have yet to be disclosed.​