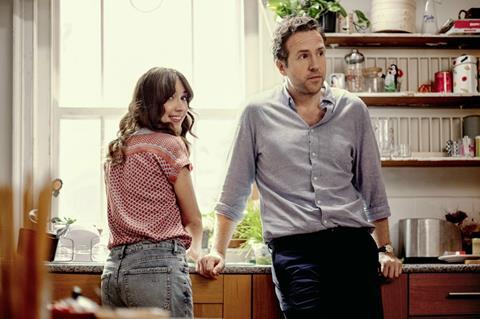 Apple TV+ has given a title and premiere date to the Rafe Spall relationship comedy series it commissioned last year from BBC Studios.

Trying, in which Spall and Esther Smith playing a young couple attempting to have a baby, will debut worldwide – in its entirety – on Apple TV+ on May 1, marking the first appearance of an original series from the UK on the tech giant’s fledgling streaming service. The eight half-hour episodes also star Imelda Staunton and were written by Andy Wolton.

The comedy was first revealed last spring as one of the first shows commissioned from the UK by Jay Hunt, the former BBC One controller now serving as Apple’s creative director, Europe, worldwide video

Trying was one of a number of series whose premiere dates were announced on Sunday (January 19) during Apple’s first ever presentation at the bi-annual Television Critics Association (TCA) press tour in Los Angeles.

During its sessions at the event, Apple also announced a March 6 global debut for Amazing Stories, the anthology series that Steven Spielberg has executive produced exclusively for Apple TV+.

Five episodes of the series, produced by Amblin Television and Universal Television and billed as a ‘reimagining’ of Spielberg’s 1980s show of the same title, will drop on the service on that date.

Other shows now set to arrive on the service in the next few months include dramatic mystery series Home Before Dark from director/executive producer Jon M Chu, which debuts on April 3, and Defending Jacob, a true crime thriller limited series with Chris Evans, which premiers on the platform on April 24. Three episodes of each show will be offered on the debut dates, with new episodes launching weekly thereafter.