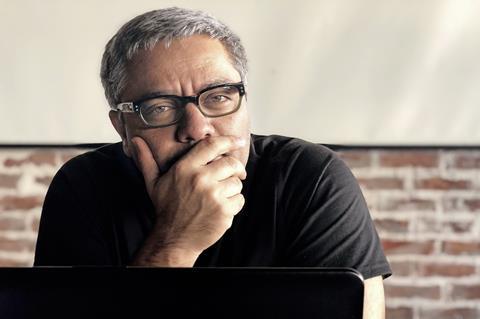 The Berlinale, the European Film Academy and the International Coalition for Filmmakers at Risk have spoken out against the arrest of Golden Bear-winner Mohammad Rasoulof and fellow Iranian filmmaker Mostafa Al-Ahmad by Iranian authorities.

Rasoulof and Al-Ahmad were arrested on July 8 over an appeal they posted on social media speaking out against the repression of civil protestors in the country.

According to Iran’s news agency IRNA, Rasoulof and documentary filmmaker, writer and researcher Al-Ahmad were taken into custody for posting a statement on social media urging members of the Iranian security forces to lay down their weapons.

The hashtag #put_your_gun_down is a reference to the violent crackdown during the unrest following a building collapse in the southwestern city of Abadan that killed at least 41 people earlier this year. 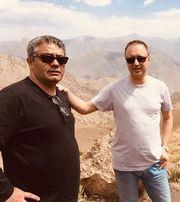 At least 70 Iranian filmmakers and movie industry workers had signed the appeal.

Rasoulof’s passport had been confiscated after his 2017 film A Man of Integrity premiered at Cannes, where it won the top prize in Un Certain Regard.

In 2020 he won the Golden Bear at Berlin for There Is No Evil which, like his previous films, casts a critical eye on the consequences of life under authoritarian rule.

Shortly after receiving the award he was sentenced to a year in prison for “propaganda against the system.” He was also banned from making films and travelling abroad. Following his release in 2021, he has now been re-arrested.

Kino Lorber, Rasoulof’s US distributor, posted a statement on Twitter from his producers Kaveh Farnham and Farzad Pak, which said that Rasoulef is being held in solitary confinement in Evin Prison.

In a statement, the ICFR said: “ICFR calls on the Iranian authorities to immediately and unconditionally release Mohamad Rasoulof and Mostafa Al-Ahmad and we encourage all film and culture institutions around the world to do the same.

The Berlinale also issued a statement of protest. “We are deeply concerned about the arrest of Mohammad Rasoulof and Mostafa Al-Ahmad. It’s shocking that artists are taken into custody because of their peaceful endeavors against violence”, said Berlinale directors Mariette Rissenbeek and Carlo Chatrian.

European Film Academy Chairman, and co-founder of ICFR, Mike Downey, said: “The open letter which they signed calling on the security forces to “lay down their arms” in the face of outrage over the “corruption, theft, inefficiency and repression” surrounding the Abadan collapse, is an honest statement, which demands an honest answer. Instead, the only response of the government is repression and arrests. We urge the Iranian authorities to release these two artists without delay.”

In May, Rasoulof was one of group of Iranian actors and directors to publish an open letter condemning the questioning and arrest of filmmakers Mina Keshavarz and Firouzeh Khosrovani.