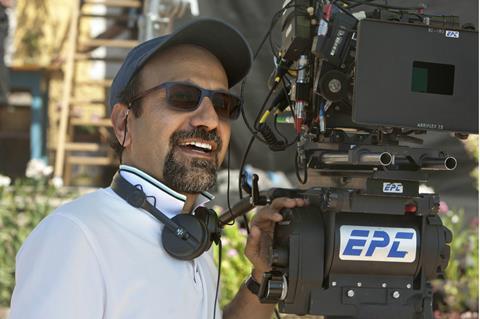 Leading cast in the long-gestated Spanish-language film is Penelope Cruz, Javier Bardem and Ricardo Darin who joined Farhadi on set for the first day of shooting.

Cruz plays Carolina, a Spanish woman living in Buenos Aires, who returns to her hometown outside Madrid with her Argentinian husband and children. However, the trip is upset by unexpected events that bring secrets into the open.

As previously announced by Screen in May, the movie is a French-Spanish-Italian co-production led by French producer Alexandre Mallet-Guy (producer of Farhadi’s The Past and The Salesman) of Memento Films and Che producer Álvaro Longoria of Spanish stalwarts Morena Films.

Andrea Occhipinti’s Italian indie giant Lucky Red, which handled the release of The Salesman in Italy, is on board as a co-producer alongside French state broadcaster France 3 Cinema, Untitled Films AIE and Asghar Farhadi Production.

Shot entirely in Spain, the production will be distributed in Spain by Universal Pictures International Spain under the original language title of Todos Lo Saben.

Farhadi was originally planning to work with Cruz and Bardem in 2015 but decided to return Iran to shoot his Oscar-winning picture The Salesman instead.