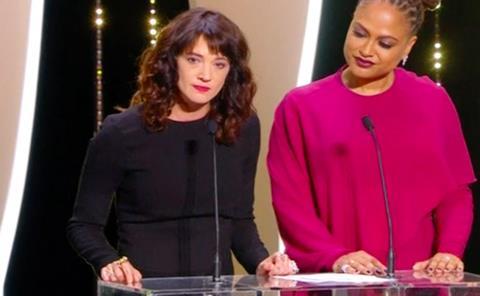 Asia Argento made a powerful speech at the closing ceremony of the 2018 Cannes Film Festival on Saturday (19 May) denouncing those in the film industry who “covered up” for the conduct of Harvey Weinstein.

The Italian actress was one of three women who alleged they had been raped by the disgraced mogul in an article published in The New Yorker last year.

She told the crowd: “In 1997 I was raped by Harvey Weinstein here at Cannes. I was 21 years old. This festival was his hunting ground. I want to make a prediction. Harvey Weinstein will never be welcomed here ever again, he will live in disgrace, shunned by the community that once embraced him, and covered up for his crimes.

She added: “And even tonight, sitting among you, are those who still have to be held accountable for their conduct against women, for behaviour that does not belong in this industry, or any industry or workplace. You know who you are. But most importantly we know who you are and we’re not going to allow you to get away with it any longer.”

Weinstein stands accused by dozens of women of, variously, rape, sexual assault, and sexual harassment. He has denied “unequivocally” any non-consensual sex.