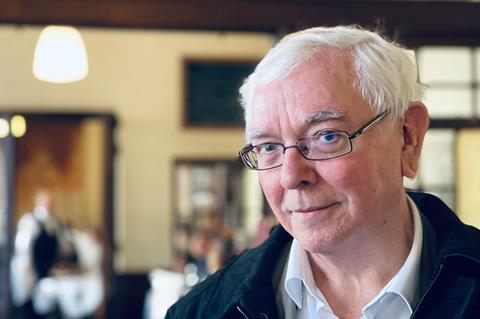 Davies has been scouting locations on the project in Vienna this week, with the aim to shoot in summer next year with a mix of UK and European actors.

The project is being put together as an Austrian/UK co-production with Austrian Producers, Arash T. Riahi and Sabine Gruber of Vienna-based Golden Girls. It has already received development support from Creative Europe Media, Austrian Film Institute and the Vienna Film Fund.

Set in the 1920s, this is the story of Christine, a young woman working in a mundane job in a post office in a village not far from Vienna. A wealthy aunt comes into her life and gives her a taste of luxury, but she is soon consigned back to her life of drudgery and poverty. Davies describes it as a “Cinderella story but one without a happy ending.”

“We are currently attaching an exciting international cast and raising finance for the production, with the aim of shooting next year in Austria, and possibly Germany/Italy,” said Crown, whose previous credits include Brimstone and the Oscar nominated Solomon & Gaenor.

“It deals with love, the possibility of transformation, hope in dark times and, actually, it is very relevant to the world we live in right now with the huge divvied between the rich and the poor. We think it is a very timely film for now even though it is set in the 1920s,” Crown added.

Davies has been in Austria as special guest at the Viennale (Oct 21-31), where his new feature Benediction (also sold by Bankside) has been screening alongside a retrospective of his earlier work.

Golden Girls’ Raihi and Sheryl Crown came together through their membership of ACE Producers, the organisation founded to boost collaboration and coproduction between European producers.

“She [Crown] contacted me. I talked with my partner Sabine Gruber and we both fell in love with the script and with Terence,” explained Raihi.

The producers have been working with Zweig’s estate throughout the development process.