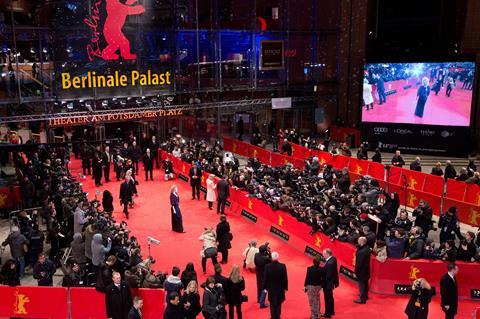 The Berlin International Film Festival has confirmed it will push ahead with its Summer Special event, hosting all public screenings outdoors.

The event will take place from June 9-20, featuring physical screenings of films selected for its online-only, industry edition, which took place in March.

The festival will host screenings at 16 venues across Berlin, with a specially created outdoor cinema at the city’s Museum Island set as the main venue. Organisers said that the city’s falling cases of Covid-19 as well as positive signals by government offices to support the request for a pilot project with mandatory testing have reinforced plans for an all-outdoor event.

“The Summer Special is geared towards re-igniting the desire to go to the cinema, and to contributing to the revival of cultural activities with an audience,” said Berlinale co-director Mariette Rissenbeek and Carlo Chatrian. “We look forward to welcoming filmmakers and jury members who can make the journey to Berlin in June.”

A statement from the festival added that it is working “at full speed” to implement the outdoor festival concept, and that hygiene and security plans have been developed and will be coordinated in close dialogue with the venues.

The Summer Special will open on June 9 at the main venue at Museum Island Berlin and an awards ceremony will take place on June 13, following the decisions of the official juries already made in March.

In addition, the Berlinale Documentary Award, which includes €40,000, and the Best First Feature Award (€50,000) will also be handed out at the main venue. Further special events at the Museum Island Berlin are also being considered.

The Summer Special will also offer select screenings for younger audiences while the children’s and youth juries of the Generation section, inactive in March due to the pandemic, will watch the competition films of Kplus and 14plus for the Summer Special, and award the Crystal Bears to the winning films during the event.

The full programme will be unveiled on May 20.