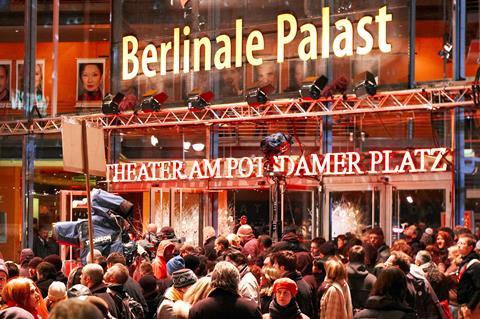 The Berlin Film Festival has confirmed that founding director Alfred Bauer “contributed to the functioning, stabilisation and legitimation of the Nazi regime”, following an investigation into the late executive.

The Berlinale commissioned the report following allegations by German newspaper Die Zeit that Bauer had been “a high-ranking functionary in the Nazi film bureaucracy” during the Third Reich and subsequently renamed the Silver Bear Alfred Bauer Prize ahead of its 70th edition in February.

The new study, compiled by the Leibniz Institute for Contemporary History, confirms that Bauer’s role in the Reichsfilmintendanz - a propaganda institution created by Joseph Goebbels that controlled film production in the Nazi regime - was more significant than previously known and systematically covered up by him after 1945.

It concludes that Bauer must have been aware of the important role of the Reichsfilmintendanz in the propaganda apparatus of the Nazi regime and that his employment as an advisor contributed to the functioning, stabilisation and legitimation of the dictatorship. Bauer also joined various National Socialist organisations as early as 1933 and became a member of the NSDAP in 1937.

Additionally, the study reveals that during his denazification process, from 1945 to 1947, Bauer tried to conceal his role through deliberately false statements, half-truths and claims and instead constructed an image with which he presented himself as an opponent of the Nazi regime.

In a statement, Berlinale executive director Mariette Rissenbeek described the findings as “startling”.

“Nevertheless, they constitute an important element in the process of dealing with the Nazi past of cultural institutions which were founded after 1945,” she added. “The question, therefore, arises as to which personnel-oriented continuities shaped the German cultural scene in the post-war years. The new knowledge also changes the view of the founding years of the Berlinale.”

Bauer became the first director of the Berlin International Film Festival in 1951, a position he held until 1976.

Following his death in 1986, the Alfred Bauer Prize was established in his honour to recognise films that “open new perspectives on cinematic art” and was awarded to features including Baz Luhrmann’s Romeo+Juliet, Zhang Yimou’s Hero and Agnieszka Holland’s Spoor.